Sundar Pichai, the first Indian chief executive officer of Google is among the 17 Padma Bhushan awardee this year. Google chief executive has been honoured for his contribution in the “trade and industry" category.

Tamil Nadu-born Pichai made history by becoming the first Indian to hold the top most position in one of the the biggest information technology companies in 2015. “I feel very fortunate to have someone as talented as he is to run the slightly slimmed down Google," Larry Page, co-founder of Google said while introducing Pichai to the world as Google CEO.

Sundar Pichai grew up in Chennai, the capital of Tamil Nadu. Pichai’s middle-class electric engineer father left no stone unturned to give him the best of education. His prolific educational career includes degrees in B.Tech from the Indian Institute of Technology Kharagpur, an M.S. from Stanford University and an MBA from the Wharton School. Pichai was named a Siebel Scholar and a Palmer Scholar during his time in Wharton.

Pichai joined Google in the year 2004. He led the development of Google Toolbar and then Google Chrome. Few years later, Google Chrome become the world’s most popular Internet browser. 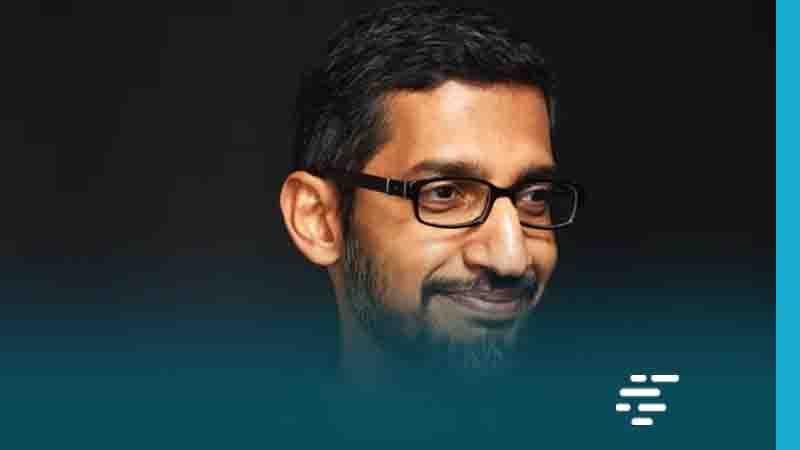 He was appointed to lead product and engineering for all of Google’s products and platforms in 2014. He was in charge of all the popular products such as products like Google Toolbar, Chrome, Desktop Search, Gadgets, Google Pack, Google Gears, Firefox extension. Pichai rose to become Google CEO in 2015. Later he joined the Board of Directors of Alphabet, Google’s parent company, in July 2017.

With his over 15 years of developing high-tech consumer and enterprise products, Pichai has achieved many milestone’s in Google. Under his leadership as CEO, Google has been focused on developing products and services, powered by the latest advances in Artificial Intelligence. Google has invested in in new opportunities such as Google Cloud and YouTube. It continued to be a leader in advanced technologies, including machine learning and quantum computing.

Few year back, Pichai said in an in-depth interview with the BBC, “I’m an American citizen but India is deeply within me. So it’s a big part of who I am."

During YouTube’s Dear Class of 2020 virtual ceremony, Pichai said while revisiting his childhood, “I grew up without much access to technology. We didn’t get our first telephone till I was ten. I didn’t have regular access to a computer until I came to America for graduate school. And, our television, when we finally got one, only had one channel."

While recollecting his humble roots, Sundar Pichai said, “My father spent the equivalent of a year’s salary on my plane ticket to the US so I could attend Stanford. It was my first time ever on a plane…America was expensive. A phone call back home was more than $2 a minute, and a backpack cost the same as my dad’s monthly salary in India," he recounted.

For for the graduating class of 2020, his message was, “Be open, be impatient, be hopeful."