Initiatives by gas distributors and governments to add up to 20% green hydrogen to gas grids would be expensive, wasteful, technically complex to achieve and would reduce carbon emissions by a far lower amount than other uses of that H2, according to a new study by Germany’s Fraunhofer Institute for Energy Economics and Energy System Technology (IEE).

“Therefore blending, even at low percentages, constitutes a sub-optimal pathway for the deployment of hydrogen and should be avoided,” explains the 50-page report, The Limitations of Hydrogen Blending in the European Gas Grid.

Instead, government policies should deliver H2 to “no-regrets” sectors such as fertilisers, steel, shipping and aviation “would avoid lock-in risks, generate greater GHG [greenhouse gas] savings for the investments made and avoid added costs being put on all gas consumers”, it says.

Adding 20% hydrogen to the gas grid — as many distributors and network operators are lobbying for — would increase industry costs by an average of 23.8% across the EU, and up to 43.3% in Portugal, where gas prices are relatively low, the study explains.

Price rises for households would be lower, due to smaller user volumes, with an average 11.2% increase across the EU, rising to 15.9% in Portugal.

The report, which was commissioned by the independent European Climate Foundation, also points out that a 20% H2 blend — the maximum proportion that could safely be burned in domestic boilers — would only reduce greenhouse gas emissions by 6-7% due to hydrogen’s lower heating value compared to natural gas.

Article continues below the advertHydrogen: hype, hope and the hard truths around its role in the energy transition Will hydrogen be the skeleton key to unlock a carbon-neutral world? Subscribe to Accelerate Hydrogen, powered by Recharge and Upstream, and get the market insight you need for this rapidly evolving global market. Sign up now

“Significantly higher GHG emission reductions of up to 50% can be achieved through the direct application of hydrogen in the transport sector and in industrial applications,” the report says, pointing to their replacement of coal, diesel, bunker fuel and aviation fuel, all of which have higher carbon contents than natural gas. 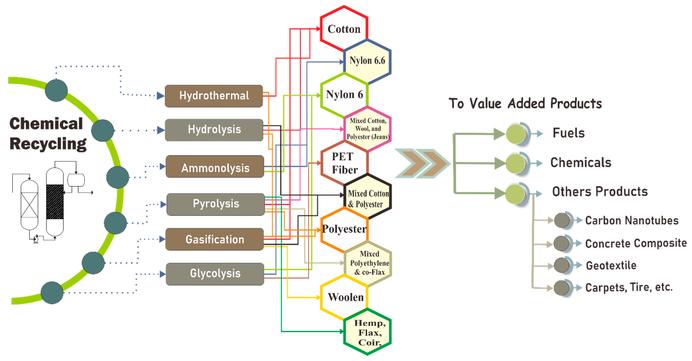 The institute — which receives funding from the local and national governments, as well as the European Commission — explains that the EU is planning to install 40GW of electrolysers by 2030, which would produce about ten million tonnes, or about 132TWh, of green hydrogen annually.

“Policy makers face a choice of how to cost effectively deploy the limited amounts of green hydrogen that will be available in the medium-term,” the report says. “There are a number of no-regret options for sectors where green hydrogen should be deployed (such as for the replacement of grey hydrogen and in industry or shipping).

Green light given for UK's first hydrogen blend in public natural-gas network Read moreEven the European gas lobby can’t make a case for hydrogen boilers — so why does it say gases are needed to decarbonise heating? Read more

“Blending green hydrogen into the grid indiscriminately instead risks ‘wasting’ hydrogen by having it deployed to sectors like heating where more efficient and cost-effective solutions such as direct electrification using heat pumps are possible.”

It continues: “The analysis shows that a 5% blending target within the EU 2030 scenario would require about 50TWh of hydrogen. This represents a significant share of the total green hydrogen (132 TWh) that would be available in 2030 under the [EU] hydrogen strategy.

“In view of the limited amounts of green hydrogen that will be available in 2030, it is important that these should find concrete applications with high CO2 reduction potential, instead of being ‘poured as if with a watering can’ into the natural gas network where it will offer limited CO2 reduction.”

The study also finds several technical challenges of a gas grid that contains 20% hydrogen, including potential issues with transport pipelines, compressors, elastomer seals, gas meters, burners, storage sites and industries that would not be able to function with an H2/methane mix, such as glass and ceramics (see panel).

“Building an infrastructure for blue hydrogen would also take time. Furthermore, blue hydrogen is not CO2-neutral in particular due to the associated methane emissions,” it explains, pointing to the fact that CH4 is 86 times more powerful a greenhouse gas than carbon dioxide over a 20-year period. “Apart from this, it would be available only in limited quantities at an early stage of development and should therefore not be treated as equal to green hydrogen.

“Approximately 85-95% of CO2 emissions can be captured and stored in natural gas reservoirs, meaning 5-15% of the CO2 is released into the atmosphere.”

And it adds: “Due to the declining demand for methane, the existing natural gas pipelines will have to be decommissioned in the long term... therefore, lock-in effects for new investments in gas pipelines also need to be assessed.”

The report concludes by stating that H2 blending “represents a lock-in effect as area-wide adaptation measures would have to be financed that are neither necessary nor sustainable in the long term”.

“Introduction in one country in Europe would also force all other countries to take adjustment measures due to cross-border trade and security of supply, or if it is technically permissible, gas trade would have to be restricted.

“Hydrogen blending is not a no-regrets option towards 2030. It is suboptimal because it does not specifically target end-uses for which hydrogen is generally agreed to be needed and imposes additional costs for lower greenhouse gas savings compared to using hydrogen directly. Therefore, H2 usage should be limited to areas where it is needed and cannot be substituted by electricity.”

The Fraunhofer study points to many potential technical issues resulting from a 20% H2 blend.

Transmission pipelines would be able to cope with mixtures of up to 10% H2, it explains, adding that “higher H2 tolerances may be possible, but depend on the respective pipeline materials”.

Residential gas meters may have calibration issues, while the “long-term durability of elastomer seals is the subject of current research”.

Existing gas compressors could handle a 10% H2 blend, but higher blends would require the adaptation of their impellers and gearboxes — changes that would cost about half the price of new compressors.

There are also “high uncertainties” as to whether existing natural-gas storage sites could cope with 20% hydrogen, especially at aquifer-type caverns where bacteria could create hydrogen sulphide that would both reduce the amount of H2 in storage and potentially damage the site walls.

Domestic gas burners might also need modification to cope with H2 blends over 10%.

The report also refers to a 2019 paper by the German ministry of economic affairs and energy, which stated: “Even small admixture quantities in domains that depend on consistent gas quality (eg, material applications in chemistry) or constant temperatures (eg, glass, ceramics) can pose significant risks for process reliability. Moreover, as hydrogen has 1/3 the calorific value of natural gas, it is not suitable for all high-temperature applications in pure form... we can also anticipate impairments to the energy efficiency of production processes. Consequently, hydrogen admixture is not viewed as a priority option for the applications in the industrial sector.”

The Fraunhofer study goes on to explain that some industries fed by a natural gas/H2 blend would need to remove the hydrogen in order to use the methane, thus facing extra costs.