Just weeks before its planned spin-off of VMware, Dell Technologies’ stock is trading at an all-time high of $105.65 per share.

The Round Rock, Texas-based infrastructure and PC giant’s stock price has been slowly, but steadily rising since November after exceeding many of Wall Street’s financial earnings expectations quarter after quarter during the COVID-19 pandemic with PC sales hitting record highs.

“We’ve never been more optimistic about our ability to innovate, delight customers and deliver growth, and create value for all of our shareholders in the coming years,” said Michael Dell (pictured) in an exclusive interview with CRN. “We have leadership positions in large, stable, expanding markets and strong underlying fundamentals. We’re driving a differentiated strategy to seize the tremendous growth that’s ahead of us.” 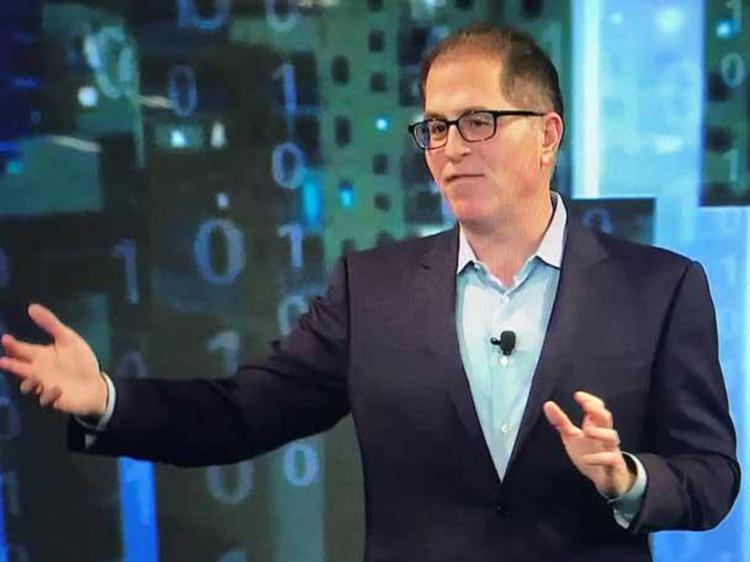 Dell Technologies recently received confirmation from the U.S. Internal Revenue Service (IRS) that the spin-off will be tax-free, which is great news for Dell and shareholders.

Last week, Dell Technologies received a “favorable private letter ruling” from the IRS which “confirmed the tax-free status of its planned spin-off of VMware for U.S. federal income tax purposes,” according to a Dell filing on Sept. 27 with the U.S. Securities and Exchange Commission.

Dell’s goal with the spin-off is to simplify its capital structures, help Dell achieve investment-grade credit ratings and provide the company with funding to reduce its core debt stemming from its $67 billion acquisition of EMC and VMware in 2016.Michael Dell is set to own approximately 42 percent of VMware following the spin-off, while also remaining Chairman of the Board at Palo Alto, Calif.-based VMware.

Dell’s stock soaring to new heights also comes after JPMorgan refreshed its outlook and positioning this week relative to the IT hardware sector.

The global investment and banking firm reiterated an ‘overweight’ rating on Dell Technologies due to the company benefiting from current IT buying trends.

“We prefer overweight rated Dell given exposure to more resilient commercial PCs, as well as server and storage market, in addition to the inexpensive valuation of core Dell,” wrote JPMorgan in a note.

Dell’s PC business has been on fire, hitting new heights quarter over quarter in its fiscal year 2022, which began Feb. 1, 2021.

Despite industry supply shortages, Dell shipped a record number of PCs and displays in the second quarter, which Michael Dell attributed to his company’s stellar supply chain.

“Our buying power is a lot larger than many of the competitors, including [Hewlett Packard Enterprise], and we have strong [supply chain] relationships. At the end of the day, business is at some level about relationships, and these folks have known us for a long time. … We’re kind of like the permanent customer–and that matters,” said Dell. “We’re working proactively with the strong relationships we have to minimize the impact to our customers.”