Cryptocurrencies hold the potential to change finance, eliminating middlemen and bringing accounts to millions of unbanked people around the world. Quantum computers could upend the way pharmaceuticals and materials are designed by bringing their extraordinary power to the process.

Here's the problem: The blockchain accounting technology that powers cryptocurrencies could be vulnerable to sophisticated attacks and forged transactions if quantum computing matures faster than efforts to future-proof digital money.

Cryptocurrencies are secured by a technology called public key cryptography. The system is ubiquitous, protecting your online purchases and scrambling your communications for anyone other than the intended recipient. The technology works by combining a public key, one that anyone can see, with a private key that's for your eyes only.

If current progress continues, quantum computers will be able to crack public key cryptography, potentially creating a serious threat to the crypto world, where some currencies are valued at hundreds of billions of dollars. If encryption is broken, attackers can impersonate the legitimate owners of cryptocurrency, NFTs or other such digital assets.

"Once quantum computing becomes powerful enough, then essentially all the security guarantees will go out of the window," Dawn Song, a computer security entrepreneur and professor at the University of California, Berkeley, told the Collective[i] Forecast forum in October. "When public key cryptography is broken, users could be losing their funds and the whole system will break."

Quantum computers get their power by manipulating data stored on qubits, elements like charged atoms that are subject to the peculiar physics governing the ultrasmall. To crack encryption, quantum computers will need to harness thousands of qubits, vastly more than the dozens corralled by today's machines. The machines will also need persistent qubits that can perform calculations much longer than the fleeting moments possible right now.

But makers of quantum computers are working hard to address those shortcomings. They're stuffing ever more qubits into machines and working on quantum error correction methods to help qubits perform more-sophisticated and longer calculations.

The good news for cryptocurrency fans is the quantum computing problem can be fixed by adopting the same post-quantum cryptography technology that the computing industry already has begun developing. The US government's National Institute of Standards and Technology (NIST), trying to get ahead of the problem, is several years into a careful process to find quantum-proof cryptography algorithms with involvement from researchers around the globe. 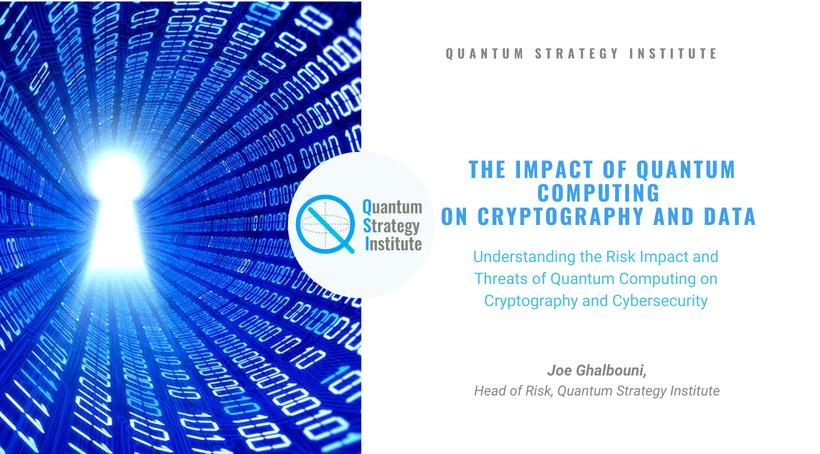 A problem with the post-quantum cryptography algorithms under consideration so far, though, is that they generally need longer numeric encryption keys and longer processing times, says Peter Chapman, CEO of quantum computer maker IonQ. That could substantially increase the amount of computing horsepower needed to house blockchains.

The problem with decentralized governance

The real quantum test for cryptocurrencies will be governance structures, not technologies, says Hunter Jensen, chief technology officer of Permission.io, a company using cryptocurrency for a targeted advertising system.

Such governance could reward cryptocurrencies that have stronger central powers, such as Dash with its masternodes or even "govcoins" issued by central banks, that can in principle move more swiftly to adopt post-quantum protection. But it presents a conundrum in the crypto community, which often rejects the idea of authority.

"It will be the truly decentralized currencies which will get hit if their communities are too slow and disorganized to act," said Andersen Cheng, chief executive at Post Quantum, a London based company that sells post-quantum encryption technology.

Other quantum problems with cryptocurrencies

Another risk is that blockchains rely on a digital fingerprinting technology called hashing that quantum computers could disrupt. That's likely to be fixable with more-modest technology updates, though.

The cryptocurrency wallets people use to keep track of their digital assets could also be vulnerable to quantum computing. These wallets store private keys people need to access their assets recorded on the blockchain. A successful attack could empty a wallet.

"How do you force users to upgrade keys? That answer is not so straightforward and likely the most dangerous part," said Joe Genereux, senior cryptography and security engineer at browser maker Brave, which uses its own Basic Attention Token (BAT) cryptocurrency for an ad system that pays users. "I think cryptocurrencies that have better governance or post-quantum designs baked in early can get around this issue better."

"The beauty of the ecosystem," he said, "is that anyone can do it if they understand the technology."