The likely new mayor of our great city, Brooklyn Borough President Eric Adams, just won the Democratic primary positioned as the champion of public safety and community connection. That intersection creates a powerful opportunity to invest in public safety that works, public safety driven by communities.

However, rather than focusing on new solutions for public safety, many in leadership are tying justice reform to rising crime in New York and suggesting we return to failed tough on crime approaches, for example calling for more police and tougher enforcement. This is based on fear-baiting journalism rather than fact. There is no evidence that justice reform is driving violence. In fact, homicides are up everywhere — in places that have done reform and places that haven’t — so we must look beyond the headlines and failed approaches that have proven that they can’t create public safety for all New Yorkers.

I understand where the gut reaction comes from. While crime as a whole is on par with 2019′s historic lows, murders and shootings are on the rise. New Yorkers feel less safe, and with good reason: They are losing their loved ones and neighbors. Our new mayor needs to have answers to drive down that violence.

However, those answers cannot be the same law-and-order solutions that have caused generational harm and disproportionately affected communities of color: rolling back bail reform, bringing back previously disbanded, controversial anti-crime and anti-gang units, employing “legal” stop-and-frisk policing, and putting more police on our streets and in our subways. We need new solutions that will end cycles of violence and keep New Yorkers safe from both gun violence and unnecessary incarceration. In order to find those, we need to look at what is causing the violence and what will actually work to make it stop.

It’s not a lack of police; police budgets have continued to rise even while crime has been at record lows. While we can’t say for sure what’s causing the rise of violence, we do know that New York City’s most marginalized communities have been devastated by a pandemic that crippled our economy and left over 600,000 New Yorkers out of work. We also know the instability of the pandemic helped spur record gun-buying, interruptions in existing violence prevention initiatives, and greater distrust of police precipitated by the violence of last summer.

Unsurprisingly, that all takes a toll, accelerating the factors that research shows lead to violence: disinvestment in communities, the abandonment of public spaces, and the breakdown of neighborhood institutions. 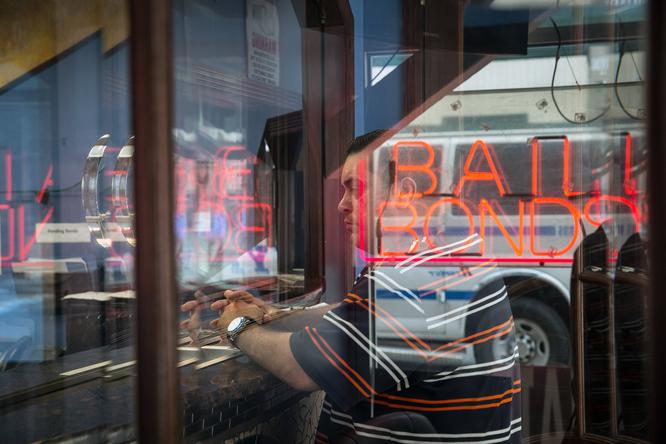 Rather than responding to economic disruption with more ineffective state violence and incarceration, we need evidence-based solutions that have proven effective in making all New Yorkers safe.

WeekdaysCatch up on the day’s top five stories every weekday afternoon. You are now following this newsletter. See all newsletters.

We should invest more resources in evidence-based models that focus on strengthening communities rather than law enforcement. We’ve had a law enforcement-led strategy for a long time but it doesn’t end the problem of gun violence. We invest $364 per capita annually in policing yet our communities still don’t feel safe and gun violence is still the leading cause of death for young Black men.

We have other models that work. Investing in real safety means treating violence like a public health emergency and adopting a nuanced approach where the police are one part of our public safety response. We should build a public safety response that incorporates community-based and hospital-based violence intervention, investing in neighborhood based organizations, the reclaiming of public spaces and more proven solutions for making our communities safer.

Right here in New York City, where we’ve only made a $1 to $2 per capita investment in community-based violence intervention programs, it’s already working. For example, the implementation of the Save Our Streets program in Crown Heights has already led to 20% less gun violence than in adjacent precincts.

Another data-driven solution is to continue investing in justice reforms which, despite narratives to the contrary, have worked to make New York City safer and more just. Take bail reform. According to many in leadership and many of my Wall Street peers, bail reform has fueled violence in our city. However, research by the Mayor’s Office of Criminal Justice shows that in 2020, after the new bail law was passed, only approximately 1% of the thousands of New Yorkers released pretrial were re-arrested for a violent felony. Further, the research shows that the remaining 99%, thousands of New Yorkers, have a better chance of not committing a new crime and contributing to their communities because they are home with their families rather than in a cage.

Our new leadership will need a new approach, one that does not cling to nostalgia of the past but looks to the future of our communities, our economy and our city as a whole.

Novogratz is the CEO of Galaxy Digital and invests in criminal justice reform through his family philanthropy Galaxy Gives.