A new Youth Transition Campus designed to be more homelike than a traditional detention facility is now open, the county announced Friday.

The Kearny Mesa campus will offer rehabilitative services that help its residents avoid problems with the law after they leave custody.

“Youth who make poor decisions should be given an opportunity to turn their life around,” Nathan Fletcher, chair of the County Board of Supervisors, said in a statement. “We want to help them avoid a lifetime of incarceration and find a path of meaning and purpose.”

The facility includes eight housing units along a curved, tree-lined pathway and a courtyard with a garden, basketball and handball courts. Residents will attend class on site, and can learn trades, such as welding, plumbing, culinary arts, media arts and information technology.

The campus can accommodate up to 96 teens and young adults ages 13 to 20, in eight residential buildings with sleeping quarters for up to 12 residents each. They’re centered around open common areas, and each unit will be assigned a mental health clinician. 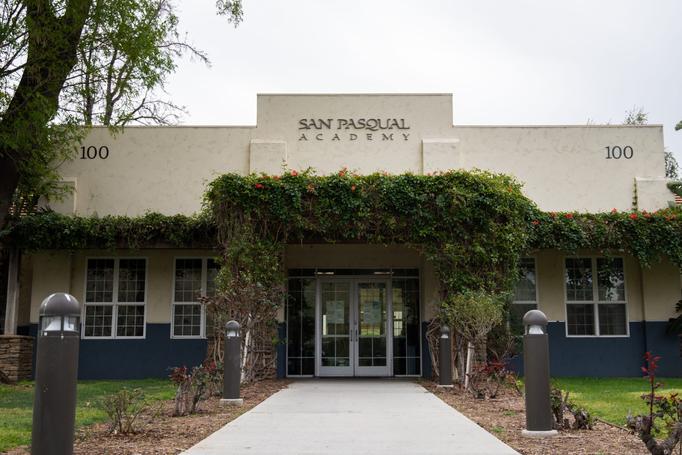 The switch from typical juvenile facilities to a more homelike campus is part of the county’s effort to make the juvenile detention better attuned to the traumas that lead to juvenile offenses and to prepare incarcerated teens to succeed in school and life after their release.

“The new Youth Transition Campus will emphasize restorative justice, or repairing the harm young people may have caused to their family or in the community,” Interim Chief Probation Officer Cesar Escuro said in a statement.

San Diego County Probation has worked with community organizations to use research and data from other juvenile justice programs shown to achieve better results for young people in custody.

The design of the facility and the operating approach follows a model developed by national experts from Georgetown University’s Center for Juvenile Justice Reform and the Council of Juvenile Justice Administrators, the county stated.

The county will begin moving staff and residents onto campus in mid-February, and plans to add more occupants in phases throughout the month, officials said.

A second phase of construction set to begin in spring will add a 72-bed temporary residential placement facility for teens completing the court process.