After 69 years Air India finally left government control to fly back to the Tata Group's nest on Thursday. The formal handover that was expected to be completed towards the end of December was delayed over certain regulatory approvals.

With the completion of the transaction, the Mumbai-headquartered chemicals-to-information technology-enabled services (ITES) Tata Group acquired management control of the airline. The transaction covers the full-service carrier Air India, its low-cost unit Air India Express, and a 50 per cent stake in the airline's ground and cargo handling subsidiary, Air India SATS Airport Services (AISATS).

Chairman Tata Sons, N. Chandrasekaran said in an official statement, "We are excited to have Air India back in the Tata group, and are committed to making this a world-class airline. I warmly welcome all the employees of Air India, Air India Express and AI SATS to our group, and look forward to working together."

Chandrasekaran also had a special word of thanks for Prime Minister Narendra Modi.

"The Tata Group would like to acknowledge Prime Minister Shri Narendra Modi's commitment to reforms and faith in India's entrepreneurship spirit, which made this historic transition possible. Our prime minister has in action demonstrated what his commitment to 'minimum government, maximum governance' means."

In October, the Tata Group had placed the winning bid of Rs 18,000 crore for the beleaguered national carrier.

The process for Air India's privatisation was set in motion in the year 2000, albeit the idea for selling it was first proposed in 1988, following the successful sell-off of British Airways and other national assets by the Margaret Thatcher government in the UK. However, stiff political opposition to the sale of government-owned entities - euphemistically described as 'family silver' - and intensified lobbying by vested interests in the private sector managed to derail the exercise several times in the past. 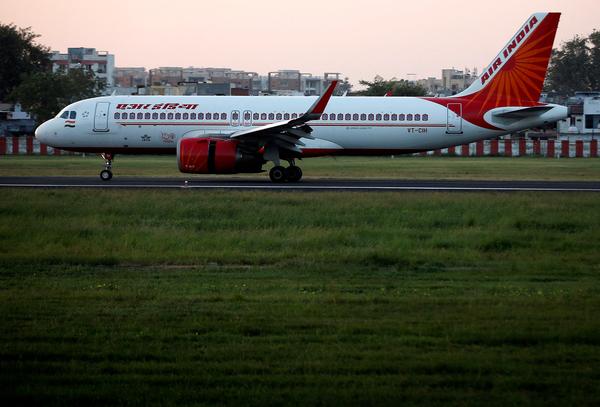 A jubilant former executive director of Air India, Jitendra Bhargava and author of the 2013 book, The Descent of Air India, told Business Today, "After years of descent, it is time again for Air India's ascent with its handover to the Tata Group. There are a few things that the new owners need to ensure to put the airline back in the northbound trajectory. These include addressing the software and hardware issues."

"Air India's return to the Tata Group will encourage a lot of people to start using the airline. Efforts will, however, be needed to get a lot more as filing up seats will be a challenge. Thus, the Tatas will need to pay special attention to marketing," noted Bhargava.

Founded by Jehangir Ratanji Dadabhoy (JRD) Tata in 1932 as Tata Airlines, it was subsequently renamed Air India after World War II. In 1953, the Government of India acquired a majority stake in the airline with the passage of the Air Corporations Act.

The new owners would also need to pay attention to areas like boosting employee morale and reengineering existing work practices to enhance the service element to meet customer expectations. Despite these challenges, the airline is capable of doing a turnaround under the new management.

"For far too long Air India's negatives have been highlighted. But it must now be acknowledged that while making the deal, the Tatas were focused on the positives like route network, manpower, etc., to redevelop the brand. And that's what should matter now," said Bhargava.

Others believed that the successful execution of the deal would be a game-changer for the country's civil aviation environment.

"From a short-term perspective, both Air India and Tata's JV with Singapore Airlines, Vistara, will continue to operate separately. Given the construct of the deal, in the medium term, a lot more synergies will get discovered and aligned between the two carriers. Post that phase, integration is likely with the Tata-SIA JV to enhance the brand significantly," noted Jagannarayan Padmanabhan, practice leader and director, transport and logistics at CRISIL Infrastructure Advisory.

As both Air India and Singapore Airlines are full-service carriers, it didn't make sense for them to compete in the same market, said Jagannathan.

"Air India's current international presence can be better leveraged when both operate as a single entity. That's a far better way to tap into their operational synergies. This will be more relevant as India is a cost-sensitive market and all airlines continuously strive to keep costs in check," he added.

Most importantly, the deal would also have long-term ramifications for the country's plans to privatise other public sector enterprises (PSEs).

"Air India was the Holy Grail of public sector privatisation. The sentiment in the government was, 'If we can successfully privatise Air India, we can sell anything.' Now that it's done, it's up to them to leverage it," a leading merchant banker remarked requesting anonymity.