Chinese stocks closed generally lower on the last trading day before Spring Festival, while analysts expected A-shares to bounce back gradually after the holiday.

The ChiNext Composite Index, tracking China's NASDAQ-style board of growth enterprises, performed slightly stronger, up 0.08 percent to 2,908.94, reversing the over 3 percent slump on Thursday.

In January, the Shanghai Composite Index posted a 7 percent monthly plunge, while the Shenzhen Component Index tumbled even more sharply by over 10 percent, putting a bleak end to the Year of the Ox. 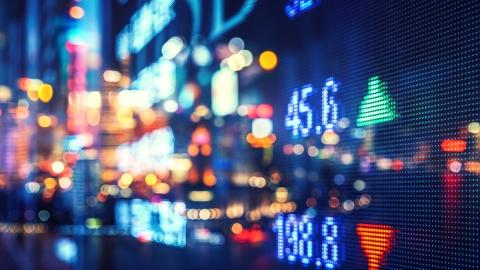 Despite the recent weak performance, analysts believed the Chinese stock market will bounce back after Spring Festival, especially the financial and infrastructure sectors and those related to the digital economy, such as artificial intelligence, 5G, data security and information construction.

Guotai Junan Securities said the worst period of panic has passed. In the medium and long term, China's economy will tend to remain stable and the capital market is undergoing more positive structural changes.

Yuekai Securities, meanwhile, was more optimistic about infrastructure and the real estate industries, as well as consumer shares such as entertainment services and food and beverage firms.

On Friday, the three major indices opened collectively higher, among which the Shanghai index stood above the 3,400-point level at the opening.

Dragged down by the weakness in cyclical stocks, however, the Shanghai and Shenzhen indices both fell more than 1 percent in the morning session while some hot sectors soon rebounded, driving the two major markets back up.

Near the closing bell, the rapid decline of financial shares, including brokerages and banks, led A-shares to plummet again.

Among sectors, stocks related to the digital currency performed strongly. ChiNext-listed Shenzhen Ysstech Info-Tech Co jumped over 12 percent, while ZJBC Information Technology Co and Hengbao Co, which are listed on the Main Board of the Shenzhen market, both soared to hit the 10 percent daily cap.