Targets US$70 billion In China-Central Asian Trade by 2030, with specific opportunities for increased exports to China and tourism development.

China’s President Xi Jinping held a virtual meeting yesterday (Tuesday, January 25) of the ‘China Plus Central Asia’ grouping, to mark the 30th anniversary of diplomatic relations between them. The first such meeting took place in July 2020, as the region becomes more important in terms of China’s Belt and Road Initiative strategy and Asian security issues and specifically Afghanistan. Attending with Xi were the Heads of State from Kazakhstan, Turkmenistan, Uzbekistan, Kyrgyzstan, and Tajikistan.

From the security aspect, Xi pointed out the improvements and levels of diplomatic engagement achieved during this time, which has resulted in all the attendees being part of the Shanghai Cooperation Organisation, which deals with Central Asian security issues in addition to trade and other ties. Three of the countries share borders with Afghanistan, as does China. Further reference was made to Afghanistan (who did not attend, as China and the other Central Asian states do not officially recognize the Taliban) with Xi stating “Afghanistan is our mutual neighbor and partner. A peaceful and stable Afghanistan that enjoys development and prosperity is in the common interests of our six countries. China supports Afghanistan in establishing an open and inclusive political structure through dialogue and consultation and calls on the international community to speed up the delivery of humanitarian assistance to the country.”

The recent unrest in Kazakhstan was also touched upon with Xi demonstrating full support for “the strong leadership of President Kassym-Jomart Tokayev, and the courageous, industrious and good people of Kazakhstan.”

The Health Silk Road was also discussed with Xi pledging that “China will continue to provide vaccines and anti-epidemic supplies to Central Asian countries, and step up joint production and technology transfer with respect to COVID vaccines and medicines. In 2022, China will provide an additional aid of 50 million doses of vaccines to Central Asian countries, and set up traditional medicine centers in countries with such need. China also calls for the establishment of a China-Central Asia health industry alliance.”

In terms of trade and investment, Xi pointed out that China had assisted with numerous strategic projects, including the China-Central Asia natural gas pipeline, the China-Kazakhstan crude oil pipeline, the China-Kyrgyzstan-Uzbekistan highway, and the China-Tajikistan expressway. The China-Europe Railway Express, running through Kazakhstan had also been a huge success with connectivity also being improved with the redevelopment and new railway lines either underway or being planned to better connect the other Central Asian countries to this. Xi specifically mentioned the China-Kyrgyzstan-Uzbekistan railway project, as part of this strategy to “Further develop transport corridors connecting China and Central Asia to bring about safer and more efficient connectivity between our countries.” 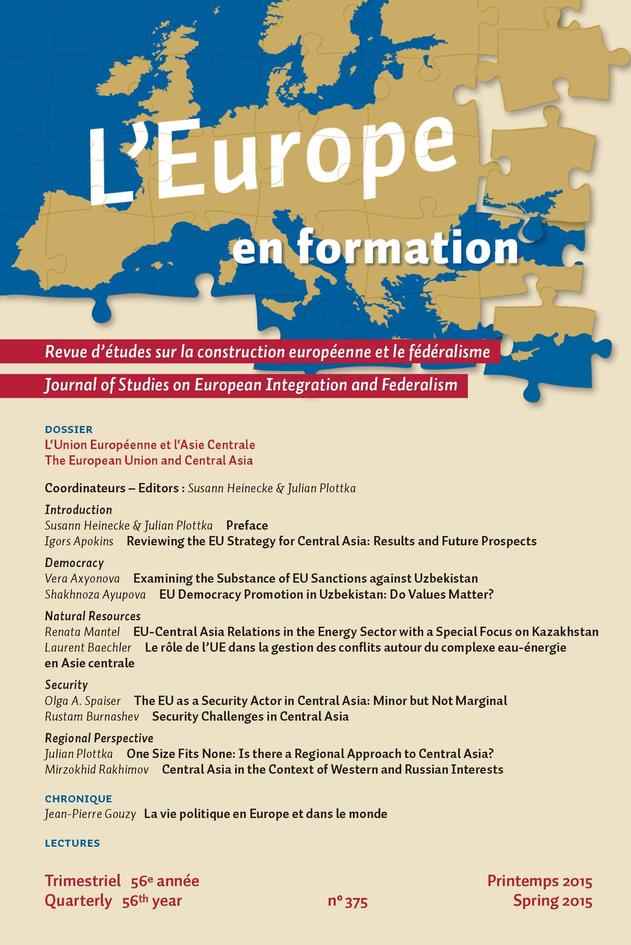 Xi also stated that he was prepared to open ”the vast China market” to Central Asian based exporters and that China will “import more quality goods and agricultural products from countries in the region, continue to hold the China-Central Asia economic and trade cooperation forum, and strive to increase the trade between our two sides to US$70 billion by 2030. China proposes establishing a dialogue mechanism on e-commerce cooperation among our countries.”

He also discussed “Strengthening cooperation in artificial intelligence, big data, cloud computing and other high-tech sectors to be enabled by high technologies.” which echoes the position of Huawei in working with the Government of Laos to provide 5G and other next generation networks along the recently opened China-Laos railway.

Tourism as an industry sector was pushed, with Xi stating that “We need to step up tourism cooperation. China will build platforms for Central Asian countries to promote their tourism resources and stands ready to make all five Central Asian countries approved destinations for Chinese tourists. China proposes to hold a China-Central Asia people-to-people friendship forum and will strive to bring the number of sister cities with the five countries to 100 pairs in the next five to ten years.”

Xi wrapped up his dialogue with an Aid Grant of US$500 million for Central Asia, saying that “I proposed the Global Development Initiative at the United Nations, and called for joint efforts to tackle risks and challenges and advance the UN’s 2030 Sustainable Development Agenda. Over the next three years, the Chinese government will provide a grant assistance of US$500 million to Central Asian countries in support of livelihood programmes, and offer 5,000 seminar and workshop opportunities to help Central Asian countries train professionals in health, poverty reduction for agricultural development, connectivity, information technology and other fields and strengthen the driving force for self-generated development.”

We provided detailed backgrounds concerning the development of these countries in previous articles concerning Central Asia and China.

An important regional hub for China in terms of Central Asian access is Urumqi, the capital city of China’s Xinjiang Province. Urumqi is being positioned as a source of regional capital, funding and project management for the regional reconstruction and development of Central Asia, as befits its position as Central Asia’s wealthiest regional city. There is more as concerns Urumqi’s development in this role here.

India is also hosting a Central Asian conference tomorrow (Thursday, January 27) with the same grouping. Discussions will also focus on security as well as improved connectivity and trade between India and the Central Asian nations who will not wish to wholly fall into step behind China. India offers a strategic partnership to lessen dependence on China. We will report on these discussions on our sister portal India Briefing on Friday.

Meanwhile, the Central Asian region is still largely trade and security dominated by Russia, whose military assistance in putting down the Kazakhstan insurgency we discussed here.

In addition to this, Kazakhstan, and Kyrgyzstan are also members of the Eurasian Economic Union, (EAEU) while Uzbekistan is an observer state. Russia is the largest trade partner within this trade bloc, which also includes Armenia and Belarus, which effectively sits in the geographic space between Western China and the European Union. The EAEU has a GDP of about US$5 trillion, and has signed off numerous Free Trade Agreements, most notably with Iran, Singapore and Vietnam. Negotiations are on-going concerning free trade and tariff reductions with China, India and several other Asian countries.

Chris Devonshire-Ellis is the Chairman of Dezan Shira & Associates. The firm assists British and Foreign Investment into Asia and has 28 offices throughout China, India, the ASEAN nations and Russia. For strategic and business intelligence concerning China’s Belt & Road Initiative please email silkroad@dezshira.com or visit us at www.dezshira.com