Home » Technology » Big screen is back at Locarno Film Festival

The Locarno Film Festival opens Wednesday, with thousands set to return to the open-air giant screen in the idyllic Swiss town after last year's edition was forced online by the pandemic.

Founded in 1946, Locarno is one of the world's longest-running annual film festivals and focuses on auteur cinema.

Held on the shores of Lake Maggiore, in the Italian-speaking Ticino region of southern Switzerland, films are screened in Locarno's central square before up to 8,000 people -- a feature of Swiss national life depicted on the country's 20-franc banknotes.

However, the 2020 festival could not be staged in the usual way due to the Covid-19 crisis and so switched to a hybrid format, with films and content made available online.

"Last summer the Piazza Grande was a sorry sight, with no chairs, no people, no thrilling atmosphere in the evening," said the festival's president Marco Solari.

"Despite the disastrous impact of the global pandemic, however, we never gave up."

But the coronavirus pandemic has changed some aspects of the 74th festival, which runs until August 14.

Entry to the Piazza Grande -- featuring one of the largest screens in the world -- is restricted only to those with a Covid certificate: proof of either double vaccination, a recent negative test or having recovered from the disease.

Films are screened in Locarno's central square before up to 8,000 people

"What did we miss the most during these 18 months? The pleasure of being together in front of a big screen," said the festival's artistic director Giona Nazzaro. 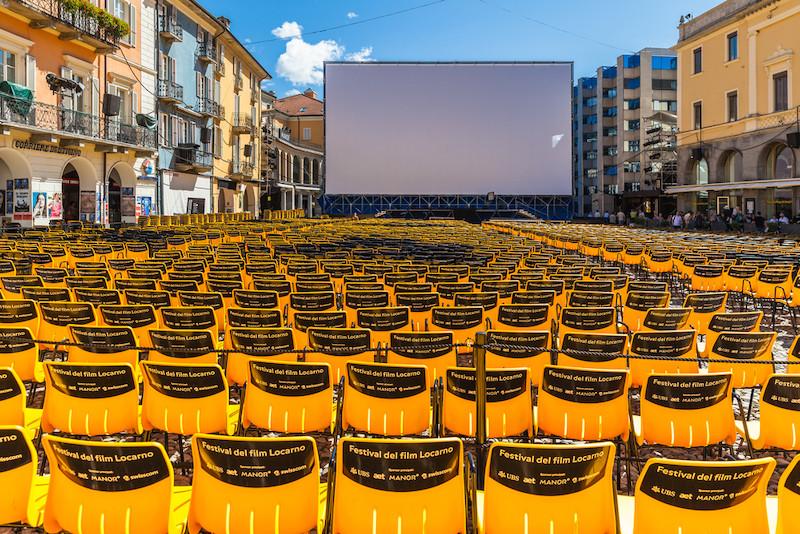 "Now we can reconnect with those sitting next to us. They're with us, being thrilled, moved or scared."

Seventeen films are in the running for the award, including movies from France, Russia, Italy, Hong Kong, Nigeria, Spain and Indonesia.

The festival features 209 films being shown in 12 venues, including 100 world premieres and 21 debut movies.

The festival will open with French actress Laetitia Casta receiving the Excellence Award, for film personalities who have left their mark on contemporary cinema.

"When we thought about someone who could sum up the ideals of returning to the piazza... who better than Laetitia Casta?" said Nazzaro.

"She embodies what it means to be a creative, liberated actress."

Following the ceremony, the opening film will be the world premiere of "Beckett", a thriller by Italian director Ferdinando Cito Filomarino starring John D. Washington and Oscar-winner Alicia Vikander.

It tells the story of a US tourist on holiday in Greece who becomes the target of a manhunt following a tragic accident.

US director John Landis will be honoured with the Leopard of Honour lifetime achievement award.