Aurora is looking at a major expansion of its fiber optic network in 2022.

To do that, the city is looking at about a $2.7 million contract with NTI National Technologies, in Downers Grove, and with Willowbrook-based Adesta LLC, which would be the secondary vendor.

City Council members on the Infrastructure and Technology Committee recently recommended the contract.

Mike Baker, a network engineer, said the city also would use the contract to extend the fiber network to two city wells, and two lift stations. Those projects are part of an ongoing five-year capital improvement move to connect the city's drinking water and water and sewer systems "so they can all be on a secure network," he said.

The connection to the airport has been talked about for a long time, and was recommended by former Police Chief Kristen Ziman.

It was delayed because of finances, and because of concerns related to the fact that extending to the airport means going into neighboring Sugar Grove. City officials were concerned about security of making sure no one unauthorized taps onto the system.

Mike Pegues, Aurora's chief information technology officer, said that the fiber for municipal purposes only will be extended to the airport.

Eventually, the system could be added to Onlight Aurora, the city's fiber optic network. But it would mean anyone looking to tap onto that system would have to pay for it, Pegues said.

Get local news delivered to your inbox!

* I understand and agree that registration on or use of this site constitutes agreement to its user agreement and privacy policy.

Related to this story 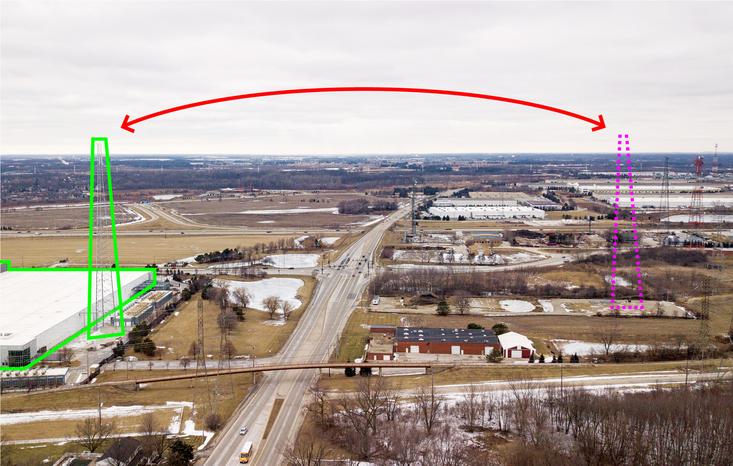 A Southern Illinois emergency housing facility was the subject of 161 service calls to the Jefferson County Sheriff’s Department in 2021.

An Illinois man was surfing a pornographic website moments before his tractor-trailer collided with a tar tanker near Lowell, killing the road construction worker who was driving, prosecutors say.

SPRINGFIELD — On Feb. 1, states across the country will celebrate National Unclaimed Property Day to raise awareness and encourage people to c…

The subvariant, which some people have referred to as “stealth omicron,” carries additional mutations that are thought to make it more transmissible.

The company said the plant built in 1928 will be phased out during the next two years and the 280 workers there will be "encouraged to explore the opportunities to apply for open roles across our network, specifically in the Chicago area."

Nearly 300 flights arriving in or departing from Chicago-area airports were canceled Friday amid a winter storm.

Cicero’s town president called Dr. Anthony Fauci an “idiot” and “probably a communist,” but said Tuesday that he supports vaccinations and mas…

21 charged with trafficking drugs from Illinois to northern Minnesota

The Lake Superior Drug and Violent Crime Task Force discovered that traffickers last year transported and sold more than 10 pounds of heroin and fentanyl, which had a street value of $725,600, authorities said.