Home » Technology » BC PNP Tech pilot project to become a permanent program British Columbia's Tech pilot project, which was set to run until the end of June, has been extended indefinitely, the province has announced. 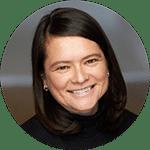 Instead of setting another one-year extension for the pilot as has been the case in the past, this time the “Tech Pilot has been extended indefinitely and renamed BC PNP Tech,” the province said in an update issued May 28.

Once the current pilot’s extension expires on June 30, 2021, it will be renamed and become permanent, according to a government news release.

Find out if you are eligible for Canadian immigration

The announcement comes days after members of the province’s technology sector called for such a move.

Last week, members of the Council of Canadian Innovators (CCI) in British Columbia sent a letter to the province’s minister of municipal affairs, Josie Osborne, asking that the PNP Tech pilot be made permanent. At the time, the B.C. government had not yet announced what would happen to the program.

CCI members said they are committed to building world-class companies with the best talent and are championing immigration strategies that allow talented people from around the world to come to Canada to work in its fast-growing companies.

“By making the PNP Tech Stream permanent, innovators will be able to better long-term plan and will have greater confidence to make business expansion plans, knowing that this critical service will be available when they need it,” CCI said in the letter.

About the BC PNP Tech?

The BC PNP Tech offers an accelerated immigration pathway for those who have tech skills and are seeking to become permanent Canadian residents.Candidates need to be registered in one of B.C.’s existing provincial immigration streams and have a valid job offer of at least 12 months in one of 29 eligible occupations.

Unlike the other BC PNP streams that require a permanent job offer, Tech program job offers must be for a minimum of one year, with at least 120 days remaining at the time of application to the BC PNP. The job offer must also be full-time and from an eligible employer in the province. Job offers of more than one year are also eligible under the program.

Invitations through the province’s tech program are sent out weekly to the top-scoring candidates who meet the eligibility requirements.

Candidates who are invited to apply for a provincial nomination have 30 days to submit a complete application. Once this is done, most tech applications will be processed within two to three months.

If they are approved, candidates will receive a nomination confirmation that can be used to apply for permanent residence from Immigration, Refugees and Citizenship Canada (IRCC) under the Provincial Nominee Class.

How do I apply to the BC PNP Tech?

Because the BC PNP Tech is not a separate stream or category of the BC PNP, those who wish to apply must first create a profile through the province’s online portal, the Skills Immigration Registration System (SIRS), and register under one of its existing categories. The SIRS is a point system that allows the BC PNP to give priority to candidates who have the required skills to contribute to the province’s economic growth.

Applicants are evaluated and issued a score that determines whether they may be invited to apply in a given invitation round. The score is based on a number of factors such as level of education, years of work experience, and having a B.C. job offer.

Eligibility for the Tech program is based on the registrant’s job offer or occupation.

Find out if you are eligible for Canadian immigration