Back in April of 2019, we first learned that Google was working on a version of

. Later that year, in September, we saw a

of a Nokia phone running this new version of Android. Soon thereafter, we spotted a Nokia feature phone with the model number TA-1208 on the Wi-Fi Alliance website. The listing also revealed that the device would be called the Nokia 400 upon release, and it would run GAFP — Google Android for Feature Phones. Although HMD Global ended up canceling the device, another leaked hands-on video showcasing the phone has now surfaced online.

The attached video comes from the Calyx Hikari YouTube channel, and it gives us a close look at the unreleased Nokia 400. The device follows the same design language as other feature phones from Nokia, featuring a tiny display with chunky bezels, a T9 keypad, and a matte polycarbonate body. The phone features a removable back panel with a single rear-facing camera mounted in the center and an LED flash next to it. On the bottom edge, the phone features a 3.5mm headphone jack and a microUSB port for charging and data syncing. Popping open the back panel reveals an unlabeled removable batter, underneath which lie the SIM card tray and a microSD card slot for expansion.

Once turned on, we see a familiar lockscreen UI that resembles the one found on other stock Android phones. Since the device doesn’t feature a touchscreen or a fingerprint sensor, you have to press and hold the asterisk key to unlock it. After the phone is unlocked, we see a blurred Google Assistant logo on what we presume is the setup screen. The Assistant logo pops up again during the setup process, confirming that the device is running a version of Android. Once the setup is complete, we see the homescreen with a large microphone icon at the top and an icon tray at the bottom. The icon tray houses the Google Chrome, Youtube, Share, and Camera icons, along with a button in the center to open the app drawer. 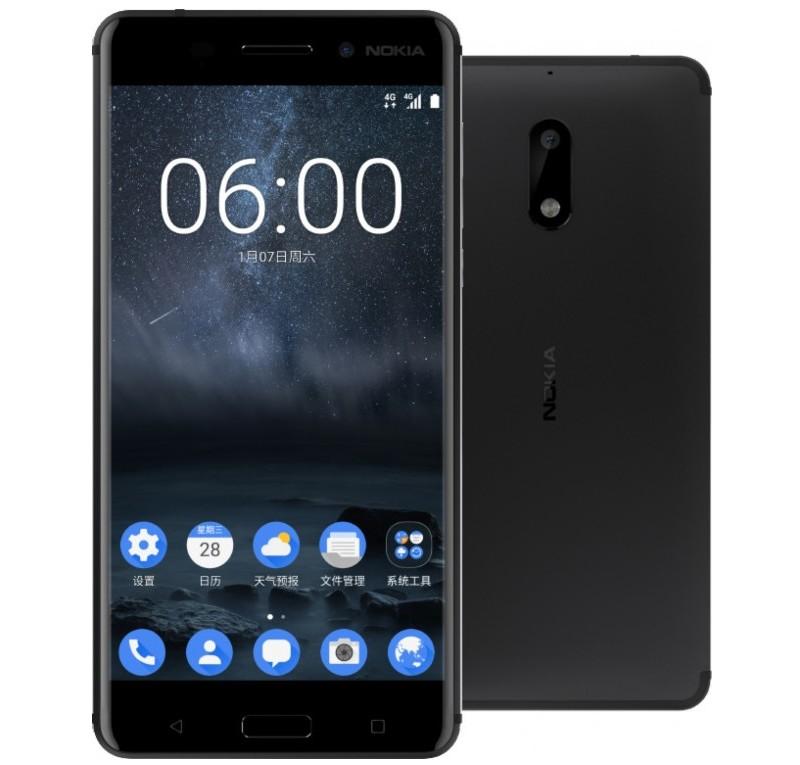 Instead of Android’s navigation buttons, the Nokia 400 includes Alert, Select, and Settings buttons underneath the icon tray. These buttons are mapped to the top three keys on the T9 keypad. Opening the settings menu reveals that the device features mobile data support, Wi-Fi, Bluetooth, and a flashlight. Selecting the “More Settings” option at the bottom shows all the additional settings you’d find on other Android devices, including Users & accounts, Languages & input, Privacy, Connected devices, Site usage & permissions, Battery, Display, and more.

The About phone section in the phone’s settings menu reveals that it’s running Android 8.1.0 Oreo with the August 2019 security patches. It also mentions the same model info — Iron GAFP — that we saw in the previously leaked video. Furthermore, the About phone page reveals that the device features 512MB of RAM. The video showcases all of the features mentioned above in great detail, so you should definitely check it out.

Along with the hands-on video, Hikari Calyx has also shared two Assistant OOBE videos from the device on

. These videos further confirm that the Nokia device was heading to the Indian market before being shelved. It isn’t exactly clear why HMD Global and Google decided to shelve the Android-powered feature phone. From the looks of it, the device seems like a pretty good package for India, where similar devices, like the

What’s your take on the Nokia 400? Do you think HMD Global should revive the project and launch the phone in emerging markets? Share your thoughts in the comments section below.