It is difficult to define, challenging to achieve and hard to quantify, but the FT’s Responsible Business Education Awards show that a positive social impact can be made by business school academics, through their research. Not only does their work tackle significant societal problems, but their findings are driving change in policy or practice.

Some submissions for the “best business school academic research” category described useful work that influenced corporate practice but resembled consultancy more than original research. Other entries highlighted insights that had been published in academic journals but were either too theoretical or provided little evidence of application.

Many more limited their definition of impact narrowly to measurements of dissemination, such as the number of downloads of an article or the extent to which the research was cited in the media or in Twitter references.

Yet a significant number combined intellectual originality, a focus on pressing social issues and efforts to engage organisations to bring about change. In so doing, their authors went well beyond the traditional focus of being published in a prestigious academic journal — a priority because it is what many business schools look at when deciding which faculty to hire, retain or promote.

Sendhil Mullainathan, professor of computation and behavioural science at Chicago Booth School of Business, whose research paper was one of the four winners chosen by a group of independent judges assembled by the FT, discovered large-scale racial bias in the algorithms used by insurers to predict millions of US patients’ healthcare needs.

He and his three co-authors analysed how patients were identified for a programme offering extra medical support to people at high risk. By assuming past healthcare costs were a good proxy for needs, the algorithm overlooked the fact that black patients cost the system less because they lacked access to or received lower levels of care, unfairly reducing by more than half the number identified for additional help.

“Even though these algorithmic tools are widespread, we are only now learning what are the most important things for them,” says Mullainathan. “This project really changed the entire field’s thinking. We’d been so focused on inputs, we had lost sight of the outputs that the algorithm was optimising.”

One striking aspect of his study — which reflects the other strongest submissions from business schools — is that it involved multiple researchers drawn from different institutions and disciplines, enabling greater cross-fertilisation of expertise, approaches and applications.

Mullainathan worked with doctors, who often combine clinical practice with academic research. The paper’s first author was Ziad Obermeyer, from the School of Public Health at the University of California, Berkeley, who spent four years as a physician at Mass General Brigham, a hospital group in Boston where co-author Brian Powers practises medicine. The other author, Christine Vogeli, works at the Mongan Institute Health Policy Center, which also falls under the Mass General Brigham umbrella.

A second distinctive trait of their research was that the academic publication in which it appeared was not one typically associated with business schools — or necessarily credited by them when evaluating their faculty. Their paper appeared instead in the prestigious journal Science.

A third characteristic was the authors’ efforts to do more than simply publish the research. “Papers are the just beginning of a conversation,” says Mullainathan. “If you want to have impact, you have to do a lot afterwards.”

His research team contacted the health insurer, tested their approach across its broader range of customers and developed an alternative algorithm that the company adopted to reduce racial bias in its policies. That helped trigger similar modifications by other insurers and has led to discussions with regulators and legislators to step up scrutiny.

Chicago Booth then developed a free online Algorithmic Bias Playbook for senior corporate executives, policymakers and technical specialists in healthcare, which has been downloaded and shared hundreds of times. It has since expanded its work to applications in other fields, including criminal justice and financial services.

These traits were also evident in the second winner, work led by Fiona Marshall at the University of Sussex Business School in the UK. Drawing on longstanding partnerships with academics and civil society organisations in India, she and her co-authors analysed urban waste management practices in the specialist journal Frontiers in Sustainable Cities.

They highlighted the limitations of India’s response to the large and growing problem of waste dumped in public spaces. By favouring centralised incinerators, the authorities had caused additional toxic emissions to be generated and undermined the livelihoods of waste-pickers who traditionally collect and recycle rubbish.

The academics worked with government and private contractors to help develop alternative decentralised approaches that employ the waste-pickers to segregate materials for recycling and to produce compost and biogas. They wrote a series of academic papers but also a more accessibly written policy brief.

Marshall stresses that, for such work, senior academics need to support younger colleagues balancing heavy teaching loads and pressure to publish. “Impact takes a lot of time and effort and does not directly drive career trajectories,” she says. “You have responsibility as a line manager and mentor to make sure it counts. The time spent on nurturing is just incredibly time-consuming.” 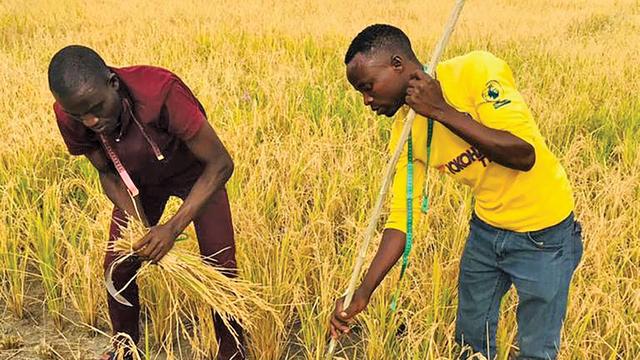 They analysed why screening rates for liver cancer were low for high-risk patients, deploying machine-learning techniques to understand the characteristics of those who responded best to different prompts to test, such as letters, emails or personalised telephone calls. That allowed them to recommend targeted approaches that would be more likely to succeed in place of the usual “one size fits all” outreach.

“Unfortunately, marketing is used in many bad ways to target customers but, if you channel the power of personalising messages to find when patients will respond, you can bring all the good aspects,” says Sridhar.

He and his colleagues published in the Journal of Marketing, which popularised their findings in a blog and associated webinar. They have followed up with research in medical journals, extending their work in larger-scale trials at different medical centres in the US and Singapore, and testing the approach for colon cancer.

The fourth winner in the awards drew on big data to analyse the risks and mitigating behaviours of farmers in Tanzania to encourage take-up of locally based agricultural insurance. Enrico Biffis and Erik Chavez at London’s Imperial College Business School worked with Alexis Louaas and Pierre Picard at Ecole Polytechnique in Paris to combine data on weather, crop yields and farming characteristics.

They partnered with the World Bank, reinsurance company Munich Re and local business groups. By bundling bank finance and farmers’ purchases, such as drought-resistant seeds, with insurance, they were able to increase financial support for farmers while reducing their level of risk.

Chavez and his co-authors are now working with the African Development Bank and regional reinsurers to expand the programme in other countries. “Getting your hands dirty with real-world problems allows you to formulate research questions that are not otherwise present in academia,” he says.

The judges also highly commended Grow the Pie, a book by Alex Edmans, professor of finance at London Business School, making the commercial case for companies to deliver purpose as well as profit. His book drew on rigorous academic research and he eschewed offers from commercial publishers that were keen to simplify his nuanced message in favour of publishing a peer-reviewed book.

With an eye on impact, he provided free online teaching notes and slides to help other teachers use his book in business schools and beyond, and has been invited to speak and share his insights with leading consultancies, banks and investors. The Industrial Bank of Korea has even embraced his term “pieconomics” as part of its strategy.

Winners and judges are listed below; the full shortlist is available here.