Home » Technology » A Zombie Apocalypse Prediction For 2021? CDC Has A Preparedness Guide

Some are claiming that Nostradamus predicted a zombie apocalypse for 2021, pointing to the following passage that the French philosopher supposedly wrote: "Few young people: half−dead to give a start. Dead through spite, he will cause the others to shine, And in an exalted place some great evils to occur: Sad concepts will come to harm each one, Temporal dignified, the Mass to succeed." Hmmm, that doesn’t exactly say the words “zombie” and “apocalypse.” The words “half-dead” and “great evils” may suggest zombies, but it could apply to some politicians as well.

It’s not even completely clear whether Nostradamus, otherwise known as Michel de Nostredame, actually wrote that passage. Attempts to contact Nostradamus have been unsuccessful, since he’s not on Twitter and he did live in the 1500’s.

If you thought the U.S. was caught with its proverbial pants down and unprepared for the Covid-19 coronavirus pandemic, imagine what would happen should a zombie apocalypse grip our country. Would political leaders try to minimize the problem, claiming that becoming a rotting corpse with body parts falling off is not so bad? Or continuously say that the apocalypse was “rounding the corner?” Would people be arguing about how many people actually have become zombies, claiming that some zombies were actually people who just needed a little more sun? By the way, a good way to tell if a person has become a zombie is to see if he or she tries to eat you. Would some political leaders push for a “herd immunity” strategy in which the country just allows the apocalypse to happen? After all, simply letting everyone become a zombie could solve so many problems such as wondering what to wear each day and not having enough toilet paper around, right?

Well, a zombie apocalypse could be a major disaster, and our country is probably not adequately prepared for such an eventuality. That doesn’t mean the CDC has no advice. The CDC does offer a Zombie Preparedness guide, which contains some useful information. For example, they recommend having an emergency kit in your house. And that doesn’t mean just a stash of avocado toast and tequila. Instead, according to the CDC, such an emergency kit should have the following: 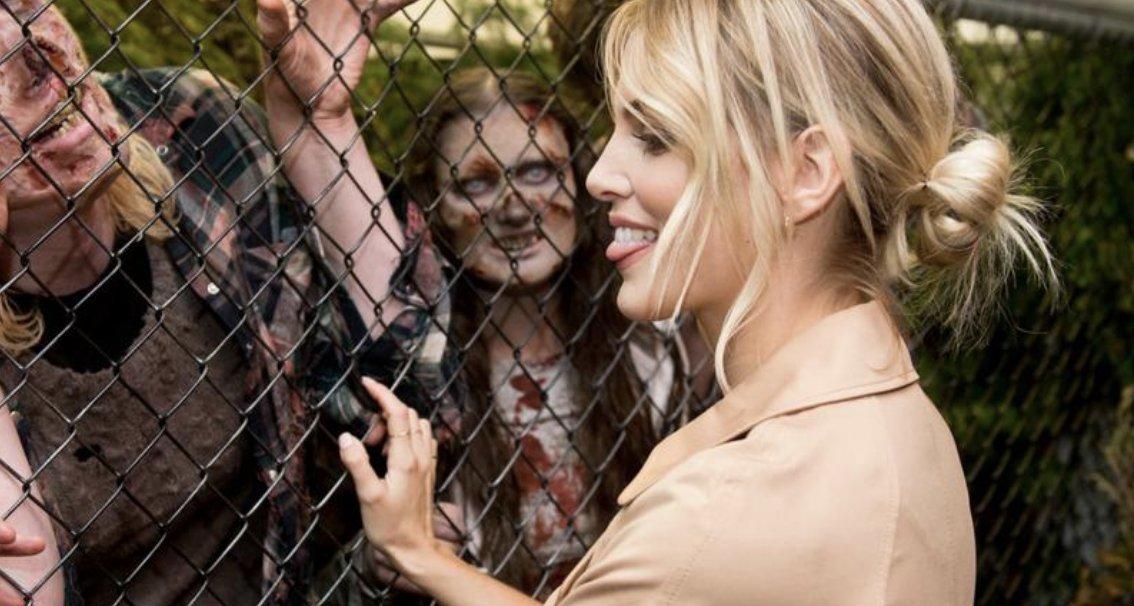 Concerns about a zombie attack are not the only reasons to keep such items around. They could be handy for nearly any type of emergencies, such as a flood, a hurricane, a tornado, or an earthquake.

The CDC also suggests establishing an emergency plan with your family. This includes identifying the types of emergencies that are possible in your area. If you can only come up with a zombie apocalypse and hot dog shortage as possibilities, think harder. Unless you live on Sesame Street with Mr. Snuffleupagus, every location has its set of possible major disasters. And climate change may mean that new kinds of disasters can come to your area soon.

A second suggestion from the CDC is to pick a meeting place for your family to regroup in case you get separated and can’t return to or stay in your home. As basically any horror movie, whether its Fright Night, The Cabin in the Woods, or Happy Gilmour, has shown you, saying, “let's split up, gang” can be a bad thing, especially when there is no clear plan on how to get back together. As they say when you are running away from zombies, when you are in a group, you only have to run faster than the slowest person in the group.

A third suggestion is identifying your emergency contacts. This list should include more than just Justin Bieber. Sure meeting the Biebs may be on your bucket list, but the police, the fire department, your doctor, and maybe a zombie hunter like Milla Jovovich would serve you better during an emergency. Plus, “Yummy” is not a song that you want to be singing to zombies.

Again, much of the advice offered by the CDC Zombie Preparedness website is applicable to many different emergencies, not just a zombie apocalypse, with the exception of statements like “when zombies are hungry they won’t stop until they get food (i.e., brains).” The CDC does say that its website began as a tongue-in-cheek campaign. So the CDC doesn’t seem to be saying that a zombie apocalypse will happen in 2021 or anytime soon. Of course, this assumes that tongue-in-cheek means something like “whimsical exaggeration.” A zombie apocalypse could result in many real tongues being in many others’ real cheeks.