Why mirrors of the Wall: To fight obesity a life-sized mirror required, to uplift the national economy a simple calculator is a critical necessity. Only, right amounts in right columns, correctly totaled show a balanced picture. In the coming days, pandemic will become endemic; the same day, all over the world, nations will suddenly start announcing economic pandemic. Observe, lingering global economic chaos still masked hiding a troubled face.As a proof, observe the absence of bold open economic strategies or real action plans.

Why lead, follow or get out of the way: Our hyper-digitized world has now openly exposed; meritocracy-centric and mediocrity-driven nations. In this global race, no nations are the same; but rules of engagement on productivity, performance and profitability and entrepreneurial behaviors are almost identical. If economic survival to save nations is critical, still why in most nations the tasks of economic development mandated to teams critically lacking the required entrepreneurial and job creator mindsets. Nations with mastery on national mobilization of entrepreneurialism will lead; others may follow or get out of the way.

Why the two wheels: What will it take for nations to immediately start upskilling their front line economic development teams on a fast track basis. How can they create real SME growth, teach the teams on real tactical battlefields to wrestle, and harness real entrepreneurialism. Otherwise, repeating already broken models under crypto-illusions speaks volume on core competency. A great future is unfolding for job seeker and job creator minds must come together as two wheels of the same cart on national economic development.

Why the wrong building: Study, why are ‘population-rich-nations’ growing in economic prosperity much faster than ‘knowledge rich nations’?Why, if you bifurcate ‘developed nations’ and ‘emerging-nations’ the emerging nations are advancing much faster. Now, when you apply a basic calculator, the ‘SME of any nation’ in the world will save the national economies but not the ‘big-business of the nation’. Study more on Google, discover the reasons, and acquire your own knowledge on such new affairs. Most importantly, if these topics still not openly discussed in your surroundings you are already in the wrong building.

Why the triangulation: To triangulate, the mastery of ‘national mobilization of entrepreneurialism’ with national SME verticals and exportability will outline the blueprints to save national economies.How will the rise of the small medium business economy not only create local grassroots prosperity but also make national citizenry happy and stable.

Why the needed adjustments: Understanding of local economic landscape; traditionally, despite being a small tax contributor, big business is allowed to stomp all over its own government, while the SME sector, the largest tax contributor of any nation, is crushed and neglected. Technology is changing this fast, SME of the world now have the tools once only available to large empires, global access reserved for large scale maneuvers now a new digitized world of micro-trade, micro-manufacturer and micro-exports will create a new tidal wave of global commerce. 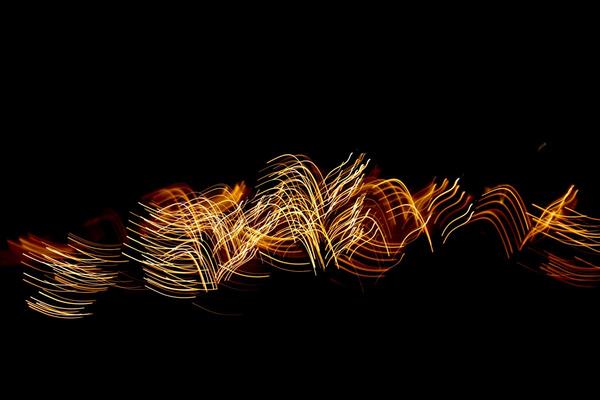 Why the absence of calculator: What is stopping any political leadership to declare national mobilization of entrepreneurialism and identify IK to 1000K SME with USD$1 million to USD$10 million in annual turnover, on digital platforms of upskilling exporters and reskilling manufacturers and double or quadruple their growth in 1-2 years. Is it the absence of a calculator, domination of job seekers and non-entrepreneurial mindsets, or hidden fears of big business not allowing such massive uplift? The near future calls for digitized economies and upskilled citizenry, as basic perquisites for any functioning nation.

Why fears of the pie: Hence, the tremors in the global boardrooms and still little or no response on uplifting the tides of SME in various corresponding verticals around the world, for fears of upsetting the top leaders. Ask the big forbidden questions; why will super big players ever allow the emergence of many millions sleek, technologically advanced and global-age skilled SME to grow to only chip away their own power play and half of their pie? It may be true in some regions, but there are grassroots benefits in such advancements provided there are right mindsets and matching vision of the nation.

Why the two new forces: Hence, there exists the low-level mediocre SME economic development across the world, where lip service fills the gaps and academic studies create colorful charts and circles to point confusion and trade groups comply to remain in deep silence. The SME of the world will rise in economic power, across the world as a new world dawns. The power is already hidden in two unstoppable forces; first the technology and second the global connectivity of opinions and knowledge. Both combined now allows some 500 million SME to organize and billions displaced rejecting cubical slavery drawn into out the box entrepreneurialism. It is the easiest time across the world to dance on entrepreneurial platforms.

Why history repeats: On the course of history, no other experiment of human journey is as successful as that of Americans and how when some 100K entrepreneurs carved the image-supremacy of entrepreneurialism to last well over a century. During the same period in Europe and Asia followers of such out of the box thinkers were not only rejected by society, but also jailed as a liability to society. Nations must identify and create an ‘umbrella of entrepreneurialism’ to preserve and respect the drivers and proponents of such intellectualism and avoid such notions caught in fakery. Today Asia alone has created 500 million new entrepreneurs during the last decade. Ignoring this by any nation in the worldwill simply sink them.

Why the alpha dreamers: The five billion connected alpha dreamers have learned new lessons during the last 500 days; they witnessed the handling of pandemic and are now ready to study the unfolding of global economic pandemic. They realize the serious limitations of old style administrations, the inequalities, the injustice and lack of skills to cope with futurism. Covidians, the survivors of the pandemic, now vote in some 100 national elections scheduled over the next 500 days. A new way of thinking is emerging. Every day the global news increasingly focused on self-inflicted disasters and absence of corrective new measures to advance for better grassroots prosperity.

Why the next elections: Any naivety on ignoring this post pandemic metamorphism will backfire during next national elections. The national public opinion has now turned into global opinion; the populace of one country supporting the populace of another country for being under influences of the populace in a third or fourth country. Last decade our local streets molded public opinion; today global streets are doing just that. Deeply study how five billion connected slowly are forming the largest mindshare ever assembled. How all this does translates to local/global issues and what level of expertise needed to tackle bigger issues.

Why the soft power assets: The biggest losses of the nations of today are not at all their accumulated debts but continuously having greater losses of missed opportunities on the global stage. The lack of inability to recognize the soft power of a nation today is way above just the notion of culture, politics and foreign policy; it is far more extended and about nation-building, upskilling citizenry and pursuing common good.

Why broken systems: When tax laws are universally broken,universally criticized but universally remain unchanged; when there is no single supreme power left as all deemed declared useless, therefore, this calls for a major change but not from the very top rather grows from the very bottom. When economic progress remains as number one priority, why is it that only job seekers drive such economic development programs while job creator mindsets are critically ignored? Bringing both mindsets closer as a mandated agenda will bring hidden magic to the goals.

Why the deep silence: Quick test on your local economic resilience: right now, what parts of such narratives are your local governments openly engaging and deploying?What types and styles of small medium business mobilization are on the go?What level of entrepreneurialism drives ever created under what agenda?What is happening to upskilling and reskilling including women entrepreneurial drives? What level of authoritative analysis on the table to upskill current economic development teams?If most of these issues are often not new funding dependent but mobilization hungry and execution starved, why are economic development teams so scared? Is your local economy prospering? Maybe you are already far ahead. Study on Google how Expothon is gaining global attention and tabling Cabinet Level workshops and virtual events on revival of the SME power as an immediately deployable strategy to save and uplift national economies.

Why fears of facing clarity: Is this why economic development teams are so afraid?Will such ideas alter government agencies and their mandates in the future? Is this how Meritocracy will drive out Bureaucracies? Is this where the new future of economic prosperity hidden? Is this how we will advance to catch up with lost time and opportunities?Is this how nations will finally optimize already hidden talents in their national trade groups, chambers and governments to full capacity? Is this how we will eventually open new bold discussions on distribution of right intellectualism to fit the right needs of humankind?

Suddenly, how far has our world moved on; bandaged, stitched and altered in thinking, psyche damaged but still aware of common sense. Our understanding of humanity is perhaps now in search of common good. To liberate itself from strangle of old thinking, the SME economic development world urgently needs major adjustments to bring balance between job seeker mindsets with job creator mindsets. Start immediately with a quick test across the economic development departments and measure such imbalances. Study more on Google. The rest is easy.