Advanced techniques in DNA and RNA sequencing have opened up the possibility of studying individual cells in tissue in a more comprehensive way than was previously possible. The big challenge with these sequencing techniques is that they lead to large amounts of data.

"When you want to distinguish cancer cells from normal cells, for example, you need to examine thousands of cells to get a proper understanding, which translates into enormous amounts of numerical data," says Shamit Soneji, researcher in computational biology at Lund University.

To make this data comprehensible, each cell is mathematically positioned in three-dimensional space to form a "roadmap" of the cells, and how they relate to each other. However, these maps can be difficult to navigate using a regular desktop computer. 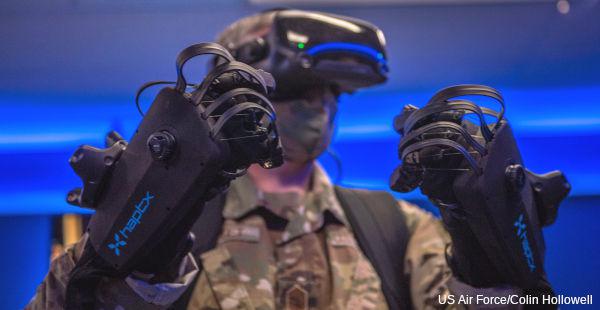 "To be able to walk around your own data and manipulate it intuitively and efficiently gives it a whole new understanding. I would actually go so far as to say that one thinks differently in VR, thanks to the technique's ability to involve your body in the analysis process," explains Mattias Wallergård. researcher in interaction design and virtual reality at Lund University.

The Lund University team have developed the software CellexalVR; a virtual reality environment that enables researchers to use intuitive tools to explore all their data in one place. 3D maps of cells that have been calculated from gene activity and other information captured from individual cells can be displayed, and the researcher can clearly see which genes are active when certain cell types are formed.

Using a VR headset, the user has a complete universe of cell populations in front of them, and can more accurately determine how cells relate to one another. Using two hand controllers, they can select cells of interest for further analysis with simple hand gestures as if they were physical objects.

Since space is not an issue, it is possible to have several cellular maps in the same "room" and compare them side by side, something that is difficult on a traditional computer screen. Researchers can also meet in this VR world to analyze data together, despite being in different places geographically.

"Even if you are not familiar with computer programming, this type of analysis is open to everyone. A virtual world is a fast developing area of research that has enormous potential for scientists that need to access and process big-data in a more interactive and collaborative way," concludes Shamit Soneji.

The software can be downloaded for free at https://www.cellexalvr.med.lu.se/