Dogs that are more extroverted, conscientious and open tend to rank higher in the hierarchy, while more friendly dogs tend to rank lower. In addition, older dogs tend to dominate in multi-dog households, according to recent study from the Department of Ethology at Eötvös Loránd University.

Researchers from the Department of Ethology at Eötvös Loránd University studied the hierarchical relationships of companion dogs. The results show that dogs that are more extroverted, conscientious and open tend to rank higher, while friendliness showed a negative correlation with dominance scores. This score was calculated on the basis of rank-related behaviours and interactions, observed by the dog owners.

The researchers also confirmed the association between dogs’ age and their dominance rank: similarly to previous studies we found that older dogs are more likely to be dominant. “As personality can slowly change with age, we needed to check whether our results still hold regardless of age. We found negative correlations between age and extraversion and age and openness while these traits have positive associations with rank. Agreeableness had a similarly negative correlation with age and a negative association with the dominance score:

The researchers also asked the owners about their opinions on which of their dogs is the dominant one and checked if the answer correlates with the calculated dominance score. They found that owners can judge the hierarchy between their dogs with considerable accuracy.

Several different experiences, many of which are not related to competitive situations are involved in the development of personality traits of dogs. “While our results support the notion that ’dominance’ is not a separate personality trait in dogs,

Further research is needed to discover, what causal relationships may exist between personality traits and rank” - said Péter Pongrácz, associate professor, head of the research team. 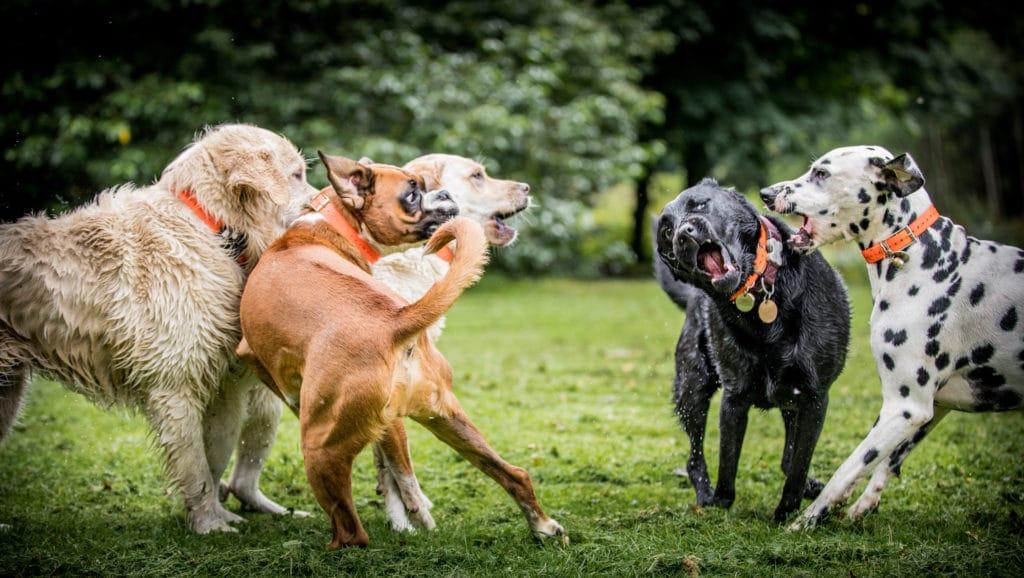 About the research: Dominance score and the Canine Big Five questionnaire

In a large-scale online questionnaire study of personality traits called the Canine Big Five, researchers analysed the entries about 1082 dogs. The only criterion of the questionnaire was that the participating owners had to have more than one dogs living together. They only included the data of dogs more than one year old, because both personality and social behaviour still rapidly change in puppyhood.

Dominance from an ethologist's point of view

In case of investigating dog behaviour, the definition and usefulness of the terms ‘dominance’, ‘rank’ and ‘hierarchy’ became the subject of intense debate, not only among dog owners and trainers, but also among behavioural researchers. These expressions are most relevant to the person observing a group of dogs living together from the outside, who want to describe the group structure and to infer the factors that are behind the observed behaviour. However, the actual driving force behind the competitive interactions of individual dogs are much simpler: their differences in relative strength, motivation levels and previous experiences. The question is if there is justification of using terms that merely make the observer’s job easier while they may lack the explanatory power about the mechanisms of social interactions.

To make matters worse, the term ’dominance’ has a different meaning in ethology, in human psychology and sociology and it is also a bit different in its everyday use. In humans ‘dominance’ is mostly regarded as a personality trait, but in ethology it is only relevant as a qualitative measure of social relationships.

“As this conflict in interpretation is primarily between different fields of science, it is not our job as ethologists to do justice to the debate. In our understanding, dominance is not a personality trait. At the same time it is a logical assumption that personality that has a strong influence on an individual’s social behaviour could also have an effect on the course and outcome of dog-dog interactions – hence on dominance relationships. More broadly, differences in personality traits of individuals in a group may affect the hierarchy built up by dyadic interactions and the individuals’ ranks. These were the main hypotheses behind our current research" said Kata Vékony, first author of the study.