This past week, the U.S. Office of the National Coordinator for Health IT announced that the Trusted Exchange Framework and Common Agreement is now live.

TEFCA has been in progress over multiple administrations following the passage of the 21st Century Cures Act in 2016 – and few have a better sense of its ins and outs than Dr. Donald Rucker, who served as national coordinator for health IT from 2017 through 2021.

Rucker, now chief strategy officer with 1upHealth, sat down with Healthcare IT News to chat about what's next for interoperability in the United States, the advantages of FHIR-enabled tools and the importance of being able to analyze population-wide health data.

Q. What interoperability challenges do you see TEFCA addressing?

A. It's a hard space. And it's worth understanding why it's hard.

You can look at connectivity: Are we getting information on one patient? Or on a population?

TEFCA is really about the incumbent providers sitting on electronic medical records and getting the various medical record vendor networks – first and foremost – and then the health information exchanges to talk to each other.

This is important in a lot of healthcare because patients may be too sick, or too young, or too old to remember medical details. If you come into the trauma bay, you may not be able to remember what your password is or your provider site.

I see TEFCA, as it is, as sort of a placeholder for some of the richer computing that needs to follow if we're going to have a rational healthcare system. If we're going to do the things that are measures of value, measures of public health support for social determinants of health, we need sort of a different system than the connectivity pathways that we have today.

Q. So what are some of the hurdles you see as achieving that richer computing? 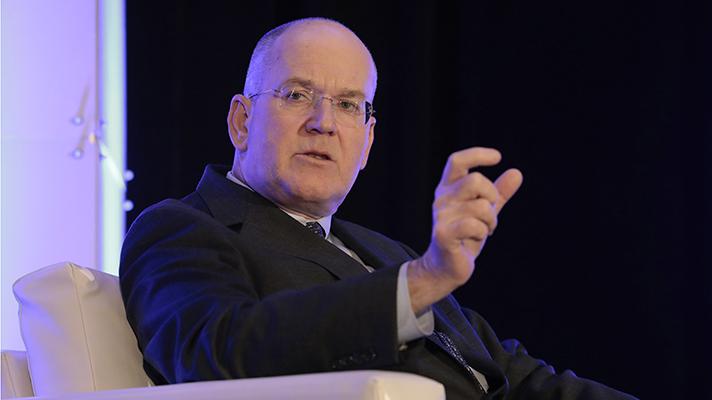 The challenge is the architecture is very much a one-patient-at-a-time architecture. We'll see how the record lookup services perform at finding patients. The Qualified Health Information Networks are not geographically prescribed, so each QHIN is potentially searching over the entire United States. Those are things where we'll see – they've obviously taken a stab at it. I think, in general, we'll see how it plays out there.

A lot of the EHR vendors have had challenges in finding records, even on their own customers at different sites, unless you say where you've been seen. The challenge is that the people who are most in need of this are the people who are least able to give you much of that history.

If you're in the trauma ward, you're too old, you're too young, you're probably not going to know what that surgical scar in your belly's from. That kind of stuff is intensely important for clinicians to know and would merit spending the effort to log on and try to get that information.

We'll see how the performance is in searches there. I think it'll be important to see how this plays out with the state health information exchanges, which really have, in almost all cases, very robust patient demographics and are also in a position to do computing over populations.

If you look at the three buckets I mentioned earlier, TEFCA does: I'm sick, and you're taking care of me, and I want to get the information from my prior caregivers.

But if you look at the broad questions, I think that's where we really need to look at the Fast Healthcare Interoperability Resource (FHIR) guidance documents, and further ONC work.

Q. Could you give examples of some of those broad questions?

The broad questions are things like: How do I compute on value with providers? I mean, that's the existential question of American healthcare: What the hell are we paying for? And what value are we getting? And as anybody who's had any contact with the healthcare system knows, that's blisteringly hard to answer and has never been answered computationally.

If we're going to go away from sort of that one-off quality measure world and go to populations, right – how is a provider performing compared to peers? We have the technology, but we don't have the networking to actually do population-based value comparisons.

If you look at COVID-19, it's been shocking to me how little the Centers for Disease Control and Prevention have availed themselves of the data sitting in many, many state HIEs [health information exchanges], that would answer most of the questions that are seemingly, but not really, insoluble over the last two years.

CDC is trying to answer these things with prospective, highly narrow clinical research trials, whereas this information is already sitting in HIEs in vast numbers, with populations over all ethnicities, all demographics.

Again, we need to look at connectivity from a population standpoint.

The final thing that needs to happen is for SDOH [social determinants of health]; we need to shift from the vendor-based EMRs to the state HIEs. I didn't realize this when I started at ONC, to be perfectly honest with you. But I got into: How do we really serve the underserved in America? You really need government. You need public governance.

All of the near-clinical, but not purely billing clinical resources, like group homes, jails, shelters, schools, home nurses – all of these folks aren't in the classic "I have an EMR" bucket. How are they going to get information? And since these are all federally funded – though, typically state-run – the actual unit of governance is the state HIE. We need to have the HIEs there to allow that public computing for SDOH.

So you take all of that, right, those are public platforms; then when you have pieces of that in the FHIR APIs, then you can really start getting smart about computing. At 1Up, we build tools, so payers can actually think about what they're getting from providers with modern analytics. You need some relatively homogeneous data representation standard in order to do these big data analytics.

Or if providers want to figure out how to actually take care of patients beyond just visits and do that with modern computing, they could build bespoke computing platforms that deal with the data in their systems.

But if they want to go to networks, where you have populations on FHIR, you need FHIR analytics for that.

Hopefully, I've drawn a path from where TEFCA is today – which is a solid clarification on some of the incumbent network protocols that give people confidence – to where we need to go, which is really a FHIR-enabled world, where you can start computing.

Obviously, you need to do that for populations. The whole IHE [Integrating the Health Enterprise] data standards, they were never designed for populations. If you look at the QHIN Technical Framework, each individual query for patients requires building up a TCP/IP [Transmission Control Protocol/Internet Protocol] internet connection and tearing it down. If you're doing it onesies, no problem – we're on a TCP/IP connection right now. But if you're going to do this for a million patients, well, not so much.

That's the way I would view the trajectory of interoperability and where we need to go as a country. I would say this is a solid first step. I mean, certainly good – if you're in the ER, comatose, this is a definite improvement in many cases.