Republican Deborah Flora announced key additions to her 2022 U.S. Senate campaign in Colorado on Wednesday, including strategists fresh off wins in last month's off-year elections and consultants at national firms with winning records in Senate races.

Flora is one of eight Republicans vying for the nomination to challenge Democrat Michael Bennet, who is seeking a third term in next year's election.

“I am thrilled to be adding experienced individuals to our team who have been key to winning the races in Virginia and school boards here in our great state," Flora said in a statement. "This strategic team will bring their immense wealth of expertise to continue that momentum and reflect to voters my years of service on the very issues that resonate most with the hard-working individuals and families in Colorado."

Kansas City-based Axiom Strategies, a national political consulting firm with experience in all 50 states, is the Flora campaign's general consultant, with Jessica Flanagain, a senior vice president, in charge.

Learned how to fly a #Cessna and did it successfully this weekend! 🛩 #biggestrushofmylife https://t.co/PrqmKa8O7O 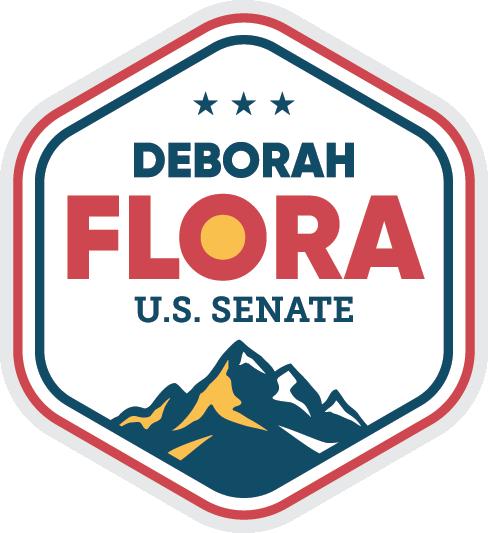 Flanagain has more than 20 years of campaign and marketing experience at all levels, from mayoral to presidential races, with what she calls a fondness for electing long-shot candidates. A former executive director of the Nebraska GOP and special advisor to Nebraska Gov. Pete Ricketts, she lives in Lincoln, Nebraska.

Holly Osborne Horn, Flora's field director, managed Vote 4 Kids First, the slate of Douglas County school board candidates who won the majority on the board in the suburban district in last month's election.

Daniel Huey of Something Else Strategies will handle TV ad production for Flora. On the way to winning numerous awards and recognitions from trade groups, his firm produced memorable ads for Iowa Sen. Joni Ernst, Florida Gov. Ron DeSantis and Georgia Gov. Brian Kemp. Huey ran the National Republican Senatorial Committee's independent expenditures in 2016 and served as deputy director of the unit in the 2014 cycle.

Colorado campaign and public affairs veteran Todd Vitale, the principal of WPAi Intelligence's western states practice, will provide polling and data analytics for Flora's campaign. Vitale was named to the "Fifty for the Future" list of rising political leaders by The Colorado Statesman, a predecessor publication to Colorado Politics. Washington, D.C.-based WPAi Intelligence handled polling and analytics for the Youngkin campaign and served as pollster for Ted Cruz's 2016 presidential run.

Kurt Luidhardt and Anthony Ranucci of The Prosper Group, based in Indianapolis, are signed on to handle Flora's digital operation. Luidhardt, a Vice President and co-founder of the firm, received the Rising Star award from Campaigns and Elections Magazine in 2010. His firm has worked for winning Senate candidates, including Cruz and Ben Sasse, as well as gubernatorial candidates, including Kemp, Mike Pence, Chris Christie and Scott Walker.

Colorado voters won’t be marking their ballots to pick their next U.S. senator for another year, but already the match-up between U.S. Sen. Michael Bennet, the Democratic incumbent, and his Republican challenger is beginning to take shape.

Here’s a look at U.S. Sen. Michael Bennet and the eight Republicans hoping to challenge him in the 2022 election, listed in the order they lau…