In addition to receiving baccalaureate degrees, seven Army ROTC cadets at Pennsylvania College of Technology were commissioned as second lieutenants and assigned their Army component and branch.

Upon commissioning, the cadets committed to four years of active duty or eight years in the Army Reserve or National Guard. 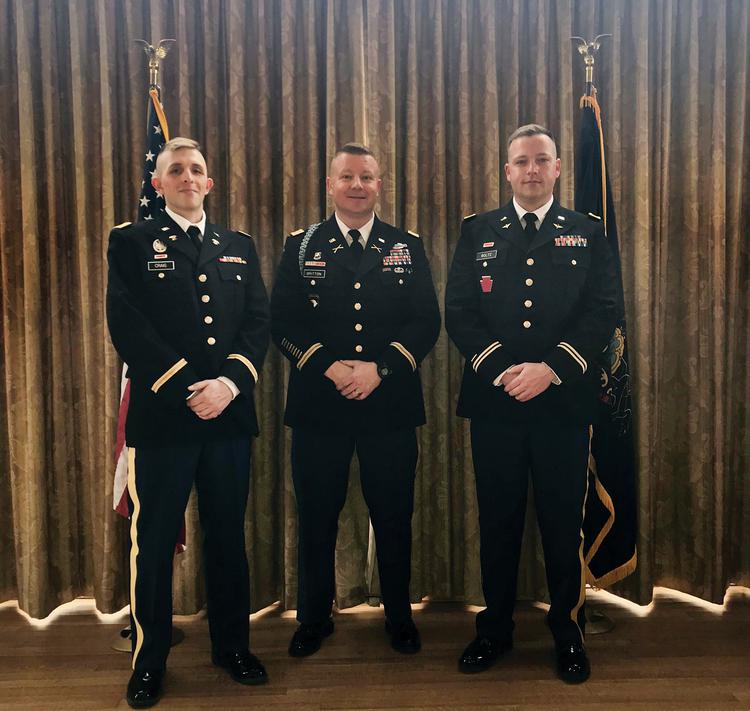 Samuel T. Van Dermark, of Penn Yan, New York, received the same three degrees as Elinski and will begin his Army Reserve service in the ordnance branch. He’ll be joined in that branch by Jared R. Ward, of Manchester, Maryland, recipient of a manufacturing engineering technology degree. Aleah M. Emlet, of Altoona, also elected to serve in the Army Reserve. The electronics & computer engineering technology graduate has been assigned to the quartermaster branch.

Ryan A. Godard, of Fairfield, and Anthony J. Marturano, of Tunkhannock, have committed to the Army National Guard. Godard (finance branch) earned a bachelor’s in emergency management & homeland security, and Marturano (ordnance branch) graduated with a degree in welding & fabrication engineering technology.

“We are so proud of these senior cadets. The commissioning marks the end of their tremendous commitment to the ROTC program and the beginning of their devoted service to the nation,” said Carolyn R. Strickland, vice president for enrollment management and associate provost at Penn College. “The newly commissioned officers represent the best of their generation.”

I'm interested in (please check all that apply) Are you a paying subscriber to the newspaper?*
Articles populaires
Listes de navigation