Sen. Sherrod Brown, D-Ohio, and Rep. Ro Khanna, D-Calif., both sponsored legislation that promises to invest billions of dollars in technology, strengthen the U.S. supply chain and make America's tech sector competitive with China. They both sit on the conference committee charged with combining different versions of the bill, which separately passed the U.S. House and Senate.

Although we represent vastly different parts of the country, we share the same fundamental belief: investments in research, development, and innovation mean little if they only lead to jobs in a few cities on the coasts or in factories overseas, and don't benefit American workers in all parts of the country.

Our nation is increasingly divided — by party, and by region. But most Americans still want the same things — opportunity and a chance to leave a better life for their children. By revitalizing American manufacturing and production, we take steps to renew our nation's promise of economic opportunity by spreading good paying jobs across the whole country.

The digital sector is reshaping our economy. But by providing digital services in a few select cities in the U.S., and outsourcing production to our foreign competitors, it has excluded too many American workers in the process, and sent innovation and growth to other countries.

High wage opportunities are concentrated in too few places. This current concentration excludes vast swaths of America, and creates problems of its own for Americans living in the current hubs of the digital economy. There are few ladders of opportunity for workers without a college degree, stratospheric housing costs, gridlocked roads, crowded trains.

It's been a problem for decades now, but we're starting to make progress.

Intel, a company headquartered in one of our home districts in Silicon Valley, just provided a roadmap to closing this divide with the announcement of a $20 billion dollar investment in Ohio. Its investment is not only a commitment to creating opportunity in places beyond major metropolitan hubs, it is also a commitment to making things in America. 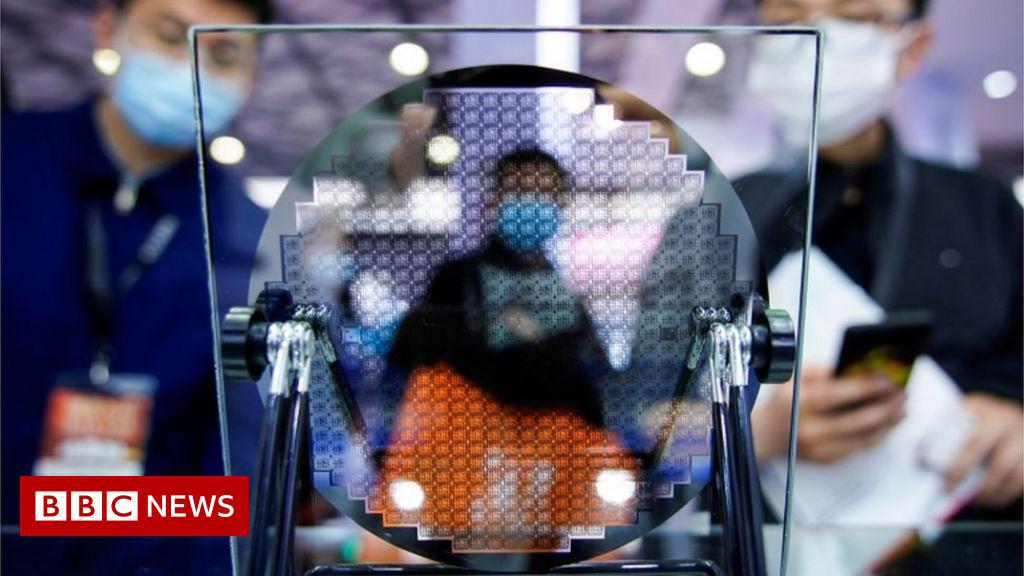 Ohio has a long, proud manufacturing heritage. It's home to critical high-tech manufacturing, from the auto to the aerospace industries. Silicon Valley is a global hub for tech sector companies like Apple, Google, Tesla, and Intel. Now, Intel plans to harness the best of what both our constituencies have to offer by building a massive new computer chip manufacturing center in central Ohio. Semiconductor chips will drive innovation in manufacturing for years to come as we produce more and more high-tech goods, and Intel is committing to making them here in America.

For Ohioans, these factories are predicted to create around 10,000 new manufacturing jobs, and tens of thousands more jobs will be created with suppliers around the state. Union tradespeople will build the facilities. And it's not just Ohioans who will benefit. Spreading opportunities across the country will help shorten supply chains, driving down costs. Michigan auto factories in Warren, Detroit and Fort Wayne will be able to get semiconductors made in one state — not one hemisphere – away. We must ensure this is the start of a technology and manufacturing boom in America's heartland that will create a ladder of opportunity for all workers.

But we can't sit back and assume this will happen on its own.

For starters, Congress must send a competitiveness bill, which includes the CHIPS Act, short for Creating Helpful Incentives to Produce Semiconductors for America Act, to the president's desk. This bill provides real resources and a coordinated strategy for expanding domestic production of semiconductor computer chips.

Currently, 75% of chip manufacturing capacity is in Asian countries—mainly Taiwan, South Korea, Japan, and China. American manufacturers shouldn't have to rely on foreign producers when we can make them right here in America. When companies are no longer forced to rely on long semiconductor supply chains that stretch across the globe, Americans frustrated by long wait times for products will get their high-tech goods faster.

The CHIPS Act is just one piece of a much larger legislative package we're working to pass to make bold investments in research, development, and manufacturing of critical technology. It would ensure new research investments translate into increased manufacturing and high-tech jobs in American industries, and ensure we continue to set technology standards around the world in a the 21st-century economy.

It will create regional innovation hubs across the country, in every region. There's no reason jobsin the digital sector should only exist in places like Silicon Valley, Austin, Boston, or New York. We can strengthen manufacturing ecosystems in places like Dayton, Milwaukee, and Pittsburgh.

No one should have to choose between the hometown they love and a good-paying job in the 21st century economy. If we can bring good-paying technology jobs to all communities — not just the coasts — and bring production back to America, we can start to stitch the fabric of our nation's economy back together.