Digitalisation is recognised as an important tool for fighting corruption across countries of the world. It provides society with the capacity to effectively prevent and detect different forms of corruption.

Corruption involves a violation of conduct or professional obligation arising from formal or other entrusted duties. It arises when a person misuses the authority derived from his or her roles/positions in a manner that leads to the accrual of personal benefit, as against public interest.

But thanks to the coronavirus crisis, society has the unique opportunity to reinvent governance processes and public service delivery by using emerging technologies to transform different systems.

Civic technology is among the new technologies that governments are deploying to engender more open engagement with citizens and thereby enhance the relationship between the people and government.

With the groundswell of mutual trust and cooperation garnered from civic technology, governments are better equipped to tackle corruption and address other social, economic, and political challenges.

Civic technology describes the technology that reinforces citizen engagement and strengthens the accountability and transparency of governance. It includes software built by citizens to support the government in the areas of communications, decision-making, service delivery, and political process.

Civic technology plays an important role in the fight against corruption. It provides digital tools for educating and empowering citizens to directly impact the capital budgeting and procurement processes. 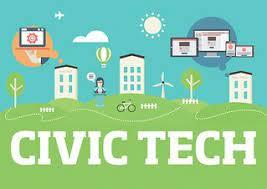 BudgIT (Tracka), Shine Your Eye, Follow the Money, I Take Actions, Civiclab, and Connected Development (CODE), are some of the renowned civic technology solutions startups that are operating in Nigeria.

These civic tech organisations have created innovative digital tools/platforms that bolster citizen engagements with the government, enable public input, the monitoring of project implementation, and participatory budgeting to curb wastage and leakages in public expenditure.

As part of the government’s ongoing efforts to curtail corruption in Nigeria, the country joined the Open Government Partnership (OGP) – an international multi-stakeholder initiative focused on improving transparency, accountability, citizen participation, and responsiveness to citizens through civic technology.

So far, the Federal Government disclosed that it spent a total sum of N152 billion on digitalisation in 2021, a substantial raise from the N9 billion expended in 2019 and 2020, according to the minister of Communications and Digital Economy, Professor Isa Pantami.

Speaking at the 2021 Service Wide Capacity Building programme on e-Government in Abuja, Pantami explained that the amount was the total sum approved by the National Information Technology Development Agency (NITDA) for the CBN, NNPC, CAC, Immigration, and Customs among other government agencies for 2021 fiscal year.

He reaffirmed the Federal Government’s commitment to ensuring that paperless government is achieved by the year 2030 using emerging technologies that would guarantee data integrity and security.

Also, the National Anti-Corruption Strategy (NACS 2017-2021), a robust policy initiative of the IT regulator, NITDA, has been developed to ensure adequate utilisation of digital technologies to minimise corruption.

It is anchored on the five pillars of prevention; engagement; ethical re-orientation; enforcement; sanctions and recovery; and management of proceeds of corruption and other forms of financial crimes.

The civic technology ecosystem in Nigeria has also been embarking on strategic engagements to learn from other civics by exploring similar tools that have been developed elsewhere for the benefit of our people/communities.

A recent example is an agreement signed between an indigenous solutions and innovations firm, iStrategic Transparent Solutions Limited, and Russian Software Trade House (RSTH), to collaborate on the deployment of security and anti-corruption civic technology solutions.

By this agreement, the two companies would kickstart the development of computer software for use by public and private institutions across Nigeria and the West Africa sub-region to address the challenges in the areas of security, financial crime, and cybercrime.

Moving forward, public and private stakeholders have to ensure that everyone (target audiences) is carried along and given options to communicate their needs throughout the process of building civic technology platforms/projects.

In conclusion, this will enable the people to trust and use civic technology tools to make a real impact in sustaining mutual understanding and participation in the management of our country’s commonwealth.

Good journalism costs a lot of money. Yet only good journalism can ensure the possibility of a good society, an accountable democracy, and a transparent government.

For continued free access to the best investigative journalism in the country we ask you to consider making a modest support to this noble endeavour.

By contributing to PREMIUM TIMES, you are helping to sustain a journalism of relevance and ensuring it remains free and available to all.