FILE PHOTO: Representations of the Ripple, Bitcoin, Etherum and Litecoin virtual currencies are seen on a PC motherboard in this illustration picture, February 13, 2018. REUTERS/Dado Ruvic/Illustration/File PhotoReuters

By Huw Jones and Tom Wilson

LONDON (Reuters) - Britain's financial watchdog said on Wednesday it planned to curb the marketing of cryptoassets and other high-risk investments, a move that comes amid a boom in crypto ads and endorsements from celebrities.

The changes would strengthen risk warnings on ads and ban incentives to invest, such as new joiner or refer-a-friend bonuses, the Financial Conduct Authority (FCA) said.

A surge in investment scams, particularly online and via social media since the coronavirus pandemic began in 2020, has prompted the regulator to take action, such as refusing one in five licence applications from consumer investment firms in the year ended March 2021.

"We are concerned that too many consumers are just ‘clicking through’ and accessing high‑risk investments without understanding the risks involved," the FCA said.

The planned rules cover high-risk investments such as cryptoassets, including cryptocurrencies such as bitcoin, as well as crowdfunding, peer-to-peer agreements, mini-bonds and speculative illiquid securities. 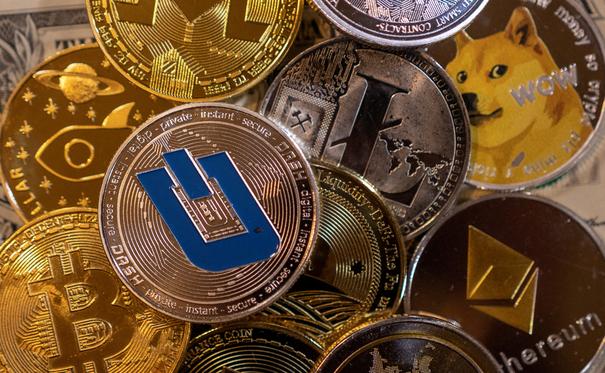 The FCA move comes as interest in digital currencies has surged. Across the world, a growing number of celebrities have promoted crypto companies online, with some getting into trouble as a result.

Spain moved this week to regulate crypto advertising, including by social media influencers.

Among other prominent figures to promote the emerging tech are the actor Matt Damon, who has fronted a campaign to promote digital asset platform Crypto.com.

'CLEAR, FAIR AND NOT MISLEADING'

The draft rules, put out to public consultation, also prepare the ground for Britain to bring promotions of cryptoassets under the watchdog's remit for the first time, following a finance ministry announcement on Tuesday.

The watchdog plans to categorise some cryptoassets as "restricted mass market investments," meaning consumers can only respond to promotions if they are classed as restricted, high net worth or sophisticated investors.

"Firms issuing such promotions would have to adhere to FCA rules, such as the requirement to be clear, fair and not misleading," it said in a statement.

Removing cryptoassets from the reach of ordinary people should go a long way to stemming the growing gamified approach to investing, said Pippa Tasker, partner at law firm CMS.

Retail investors too often follow the advice of influencers on social media without researching products or their risks, she said.

Under the proposed rules, firms that approve and publish promotions must have relevant experience and understanding of the investments offered, the FCA said. People looking to make high-risk investments would also face stricter questions on their knowledge and investment experience.

PIMFA, an industry body for financial advisers, welcomed most of the proposals, but added there was a role for high-risk investments, which were not necessarily bad despite being risky.

The FCA will set out final rules in the summer. The crackdown is part of a wider strategy to buttress consumer protection, including a proposed consumer duty on firms.

Where the Child Care Shortage Is Hitting Hard

Business Mixed on Response to Biden

From Afghanistan to America